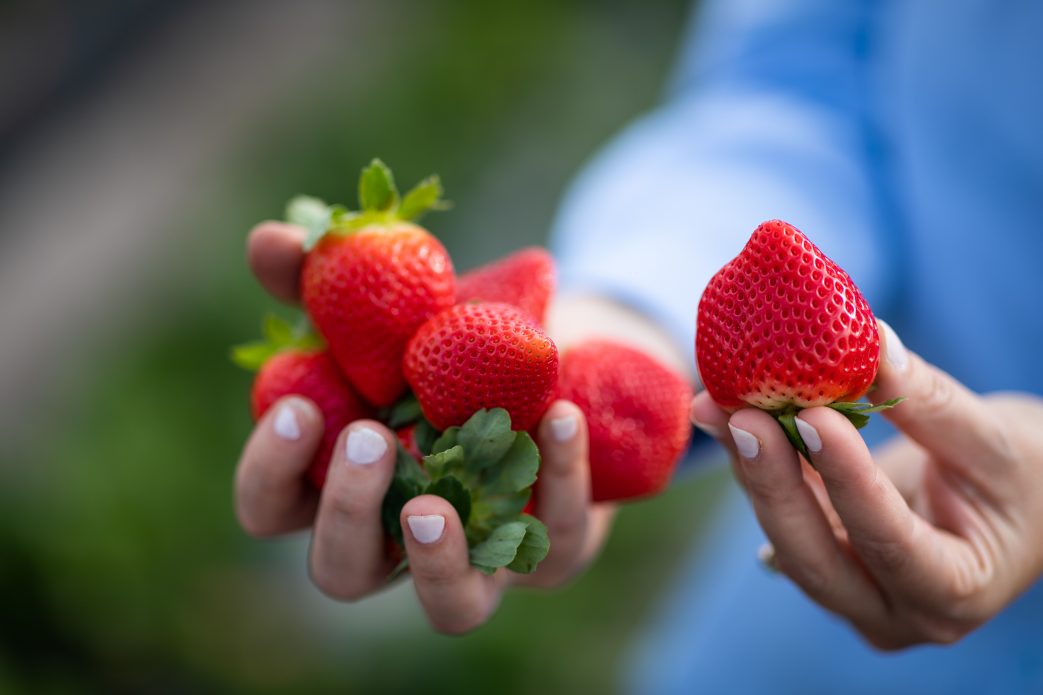 A recent production trend is a positive development for Florida strawberry producers.

“There were some interesting USDA statistics that were out recently that showed in a decade there were certainly a lot more volume in late November and early December than there was historically. I think it’s partly due to growers planting earlier because of the economic need to expand the window earlier,” Whitaker said. “But, of course, in the breeding program we’re responding to that by trying to produce earlier varieties. I think it’s a combination of things, but varieties have certainly played some part in that.”

Whitaker said the period when there is the lowest supply of strawberries on the U.S. market is late November and early December. That is when production declines in the central California district and Mexico has yet to ramp up its production.

“There’s certainly always been a market there to fill if fruit are available,” Whitaker said. “You can produce fruit quite quickly with these early varieties. The problem is it’s difficult to produce a large volume right off the bat. It usually starts as a trickle rather than as a flood because the plant has to grow and develop multiple crowns in order to be able to produce more than just a couple of fruit on that early pick. It’s going to be very difficult to oversaturate that late November or early December part of the market just because of the biology, the timing of planting and just the way it works.”

But the biggest change on the market side has occurred in the late season. Whitaker said it has been most noticeable in the past two years. There was a spike in demand during the early onset of COVID-19 in March and April of 2020. There was similar demand this season as well.

“Growers have been picking later and later it seems the last couple of years, particularly this year with several growers harvesting all the way to the end of April. That was a combination of favorable weather that allowed that on the production side but also a very favorable market,” Whitaker said.

“There’s certainly been a lengthening of the season that I don’t think is just a one-year blip. It seems like a potential trend. That’s been good for the industry.”