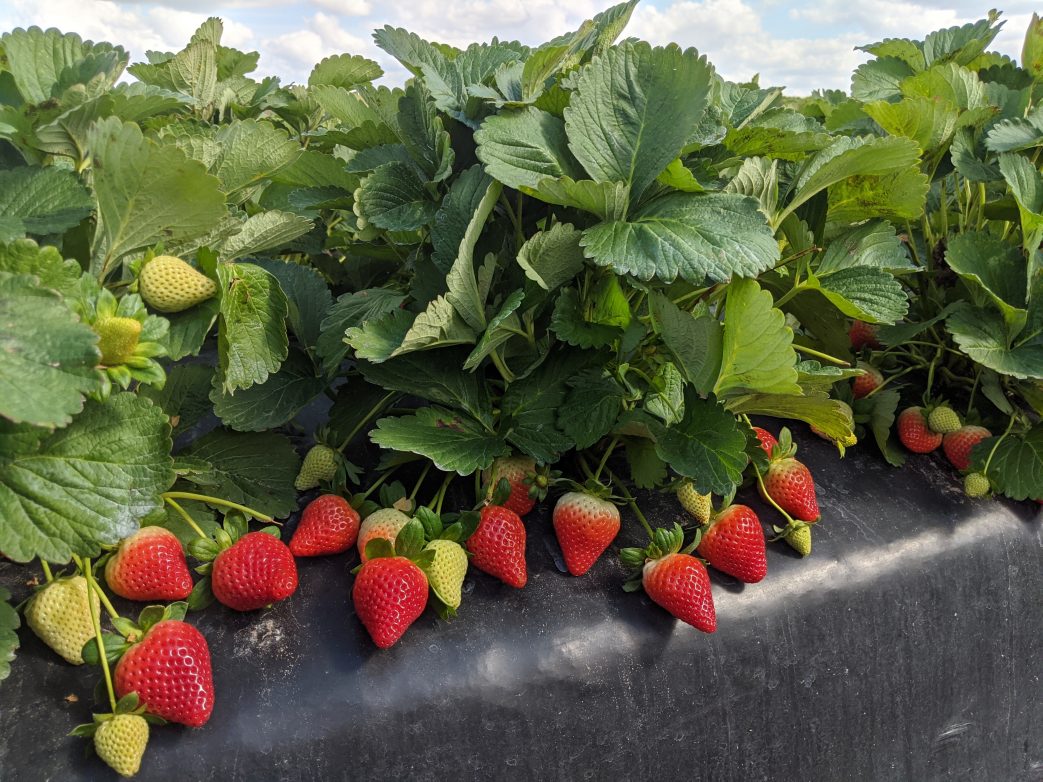 One of Florida’s most challenging strawberry seasons is nearing the homestretch of its 2020-21 season. Between insects, Neopestalotiopsis disease and rising imports from Mexico, strawberry farmers have faced an uphill battle all season, says Dustin Grooms, strawberry producer with Fancy Farms in Plant City, Florida.

“Things have been challenging this year. It’s been a tough year. The volume was off for pretty much, and it’s still off, all year. We’ve been dealing with chili thrips that seem to be giving us a fit. They’ll actually bronze the berry and take away from that red look. It becomes unmarketable,” Grooms said. “They’ll eat the plant down to nothing. We’ve been fighting them all year. We’ve got spider mites that this year have been relentless and have thrown everything and the book at them. They just keep on coming.”

The main problem has been Neopestalotiopsis. The disease was first discovered during the 2018-19 season and has increased in instances and intensity ever since. It develops quickly, produces spores on the leaves and causes leaf spots on strawberry plants. It can cause severe leaf spotting and fruit rot under favorable weather conditions.

“This year we’ve seen it right away. It’s been a thorn in our side all season. I think everybody has tried everything they can think of and other people’s thought of, nothing seems to combat it very well,” Grooms said. “It appears that it can actually live in the crown of the plant and if we transplant next year, it may pick it up. That’s where we’re at right now, thinking about next year of what we can do to mitigate that problem.”

Grooms said the disease flares up with rain and hot weather, a consistent combination in Florida. One weather event of rain and extreme heat contributed to the disease exploding overnight.

“It’s just been one problem after another. It seems that we can’t get out of one problem before we’re in another one. We’ve just been dealing with all this off and on all year. None of it has ever went away,” said Grooms, who estimates that about 40% of his 125 acres have been impacted by the disease.

Florida strawberry producers are nearing an end to this season. Grooms added that how long it lasts will depend on how long the chain stores continue buying.

“We always like to say we’d like to go to Easter. On my personal farm, I couldn’t tell you the last time we went to Easter was. It’s been probably a decade ago,” Grooms said. “We would love to get to the end of the month. The fruit’s here. It’s just, what’s going to happen? We don’t know.”

Easter is April 4 this year.