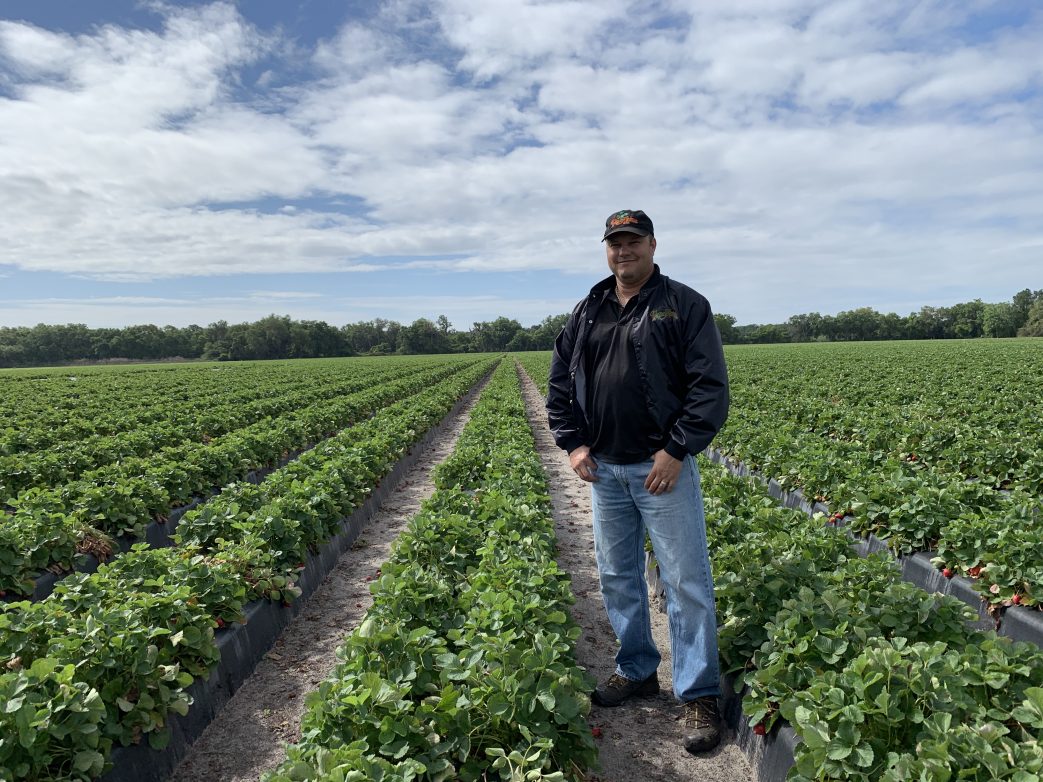 Strawberry growers need to stay proactive to remain viable and sustainable amid growing challenges throughout the industry.

Consider the obstacles that Florida producers like Dustin Grooms must deal with: Imports from other countries continue to flood the U.S. market, driving down prices. The rise of the new Neopestalotiopsis Fruit Rot disease in the last three years has sparked concerns about the future health of the industry.

It has forced farmers like Grooms to plan ahead in their sustainability efforts.

“We’re definitely going to try to be optimistic about the Neopestalotiopsis Fruit Rot disease. We’ve tried to till the ground a little bit more than we typically do, trying to really cut the old strawberry trims up. We went out with some cover crops, too. We always do,” Grooms said.

Grooms has also invested in additional forms of producing income. Along with their regular investment in the Sensation and Brilliance strawberry varieties, Grooms also plans to produce a few acres of the Florida Pearl strawberry. It’s a new University of Florida release and has garnered interest because of its unique white color and pineapple aroma.

“We’re looking to tap into some new markets on that. We hope that’s going to be a really strong market. We hope that takes off,” said Grooms, who also has expanded the business. “This past season, me and my sister opened up a produce market to sell produce. We do milkshakes and different strawberry desserts with my family’s recipes. We’re looking to expand on that and try to do more with that this year.”

It’s all part of planning ahead to stay ahead for this Florida producer. Grooms will plant his strawberry crop the first of October.