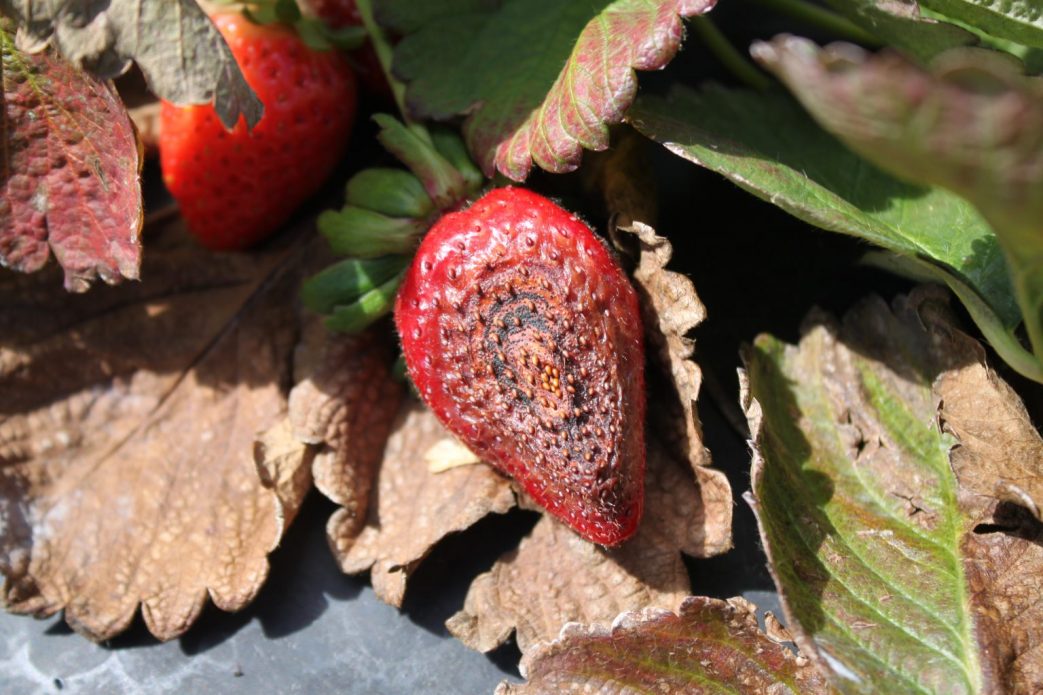 The strawberry disease that has ravaged Florida’s crop the last two seasons is still on the mind of one producer heading into this year. It’s largely due to the uncertainty surrounding Neopestalotiopsis Fruit Rot disease that has Matt Parke concerned.

“It’s pretty bad, comes in and just eats the leaves off the bush, and if you’ve got any fruit on the bush, it’ll just put lesions on them,” Parke said. “If you get the disease on your leaf and it rains, it’ll transfer from the leaf to the berry itself. It’ll put a lesion on it and just make it unmarketable.

“Last year I had one good rain come through and one of my blocks was infected with it; we were planning to go out and picking out almost 350 flats to the acre, real good harvest. Next day I went out there and probably threw 400 flats to the acre on the ground, maybe 500 including the green berries I threw down. That happened within a seven-hour period.”

The disease was first discovered during the 2018-19 season in five farms and attributed to one nursery source in North Carolina. It was discovered last season that it stayed in fields over the summer, which was a troubling development.

“That’s not good at all,” Parke said. “We have no more answers than we did when we found out what it was.”