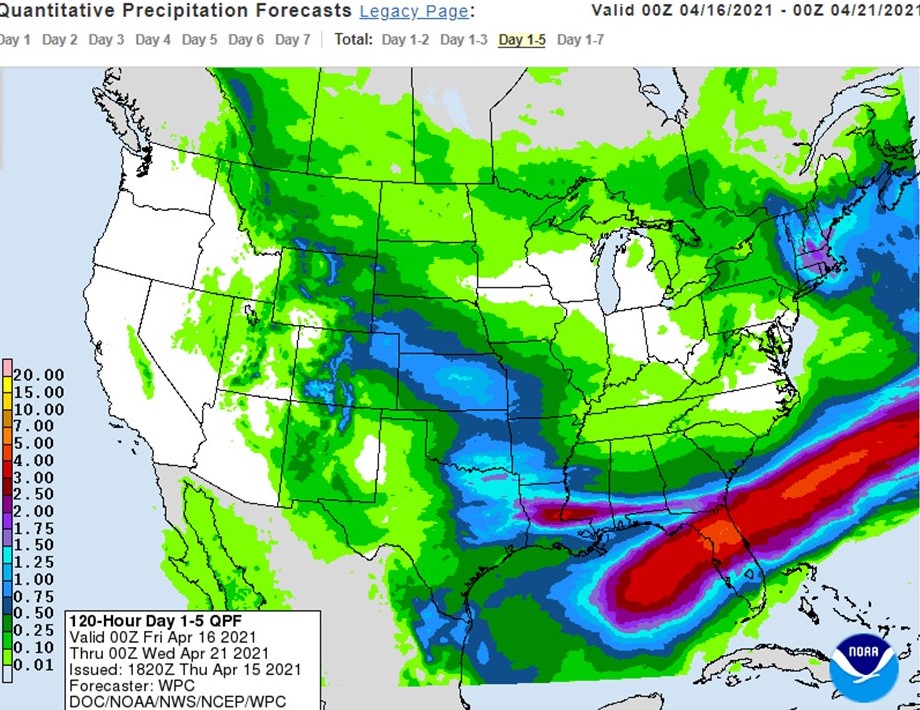 In his email, England alerted producers that the main precipitation accumulation is expected Saturday through early next week, mainly Monday and Tuesday. Most of north and north central Florida could receive at least two inches of rainfall with some locations receiving between four and five inches during the period.

According to the most recent update from the U.S. Drought Monitor, much of central and south Florida is abnormally dry.