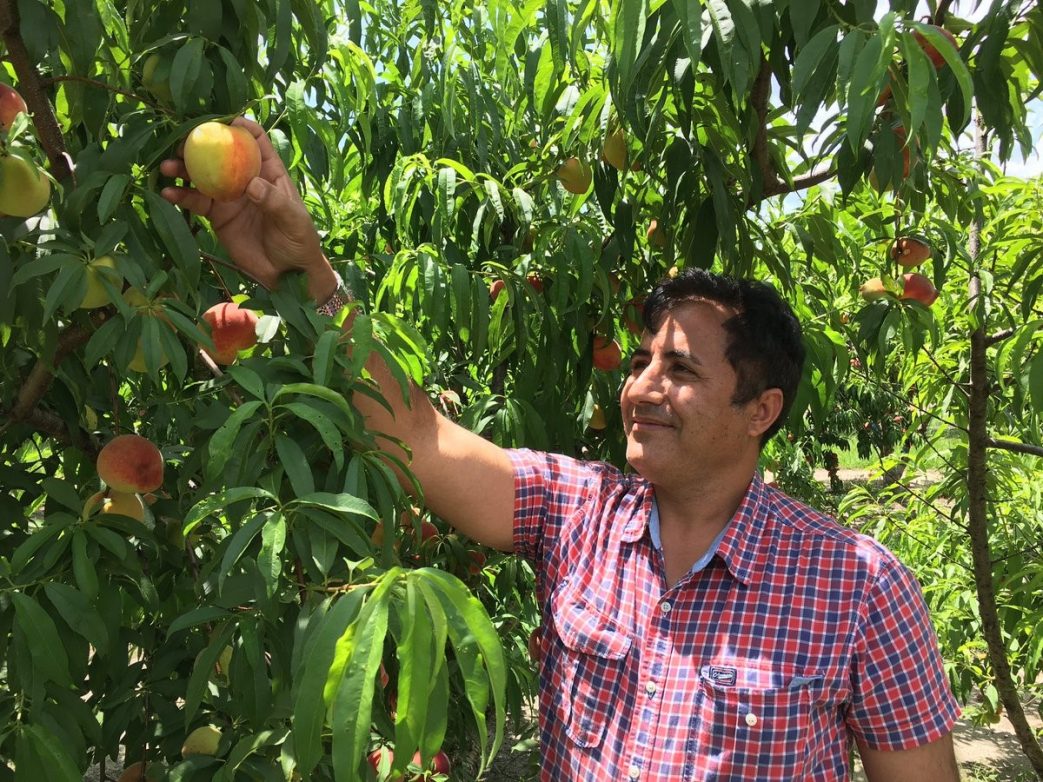 Flooding can be problematic for Florida peach producers. It can cause permanent damage to peach trees and lead to tree death. Ali Sarkhost, a UF/IFAS Assistant Professor of Horticultural Sciences, said floods will increase as climate change continues to challenge growers across the world.

“If peach farmers experience flooding, the fruit size and quality can be adversely affected, and the tree may prematurely drop fruit yield,” Sarkhosh said. “We’re searching for flooding tolerance for peaches before a storm wipes out any farms.”

A few hundred acres of Florida peaches were lost due to flooding due to Hurricane Irma in 2017.

New research from Sarkhosh and one of his doctoral students shows three peach rootstocks that can survive flooding.

Peaches are often produced using a scion-rootstock system, in which growers can select the best compatible scions, which are the above-ground portion of the tree, with rootstocks, the below-ground portions of the tree to fit their operation. Scientists and nurseries join scions and rootstocks by grafting them together.

Sarkhosh leads a lab of graduate students. They study issues faced by the state’s stone fruit and grape growers, including those who produce peaches. One of his students, Trequan McGee, led recently published research to try to find peach rootstocks with increased resistance to flooding.

In the UF/IFAS-led study conducted in Gainesville, researchers tested six peach rootstocks to see whether they would survive flooding. Researchers measured variables like photosynthesis, nutrient content and activity of the rootstock’s antioxidant system.

Scientists found three rootstocks worked better than ‘Flordaguard,’ the one that is used mostly in Florida. The rootstocks are known as ‘MP-29’, ‘P-22’ and ‘R5064-5’.

“In Florida, peach growers have relied on ‘Flordaguard’ rootstocks, because for years, this was the only rootstock available that is resistant to the Florida peach root-knot nematode,” Sarkhosh said.

Damage from flooding translates into visible symptoms like leaf yellowing, leaf drop and eventual death of the scion portion of the crop, Sarkhosh said.