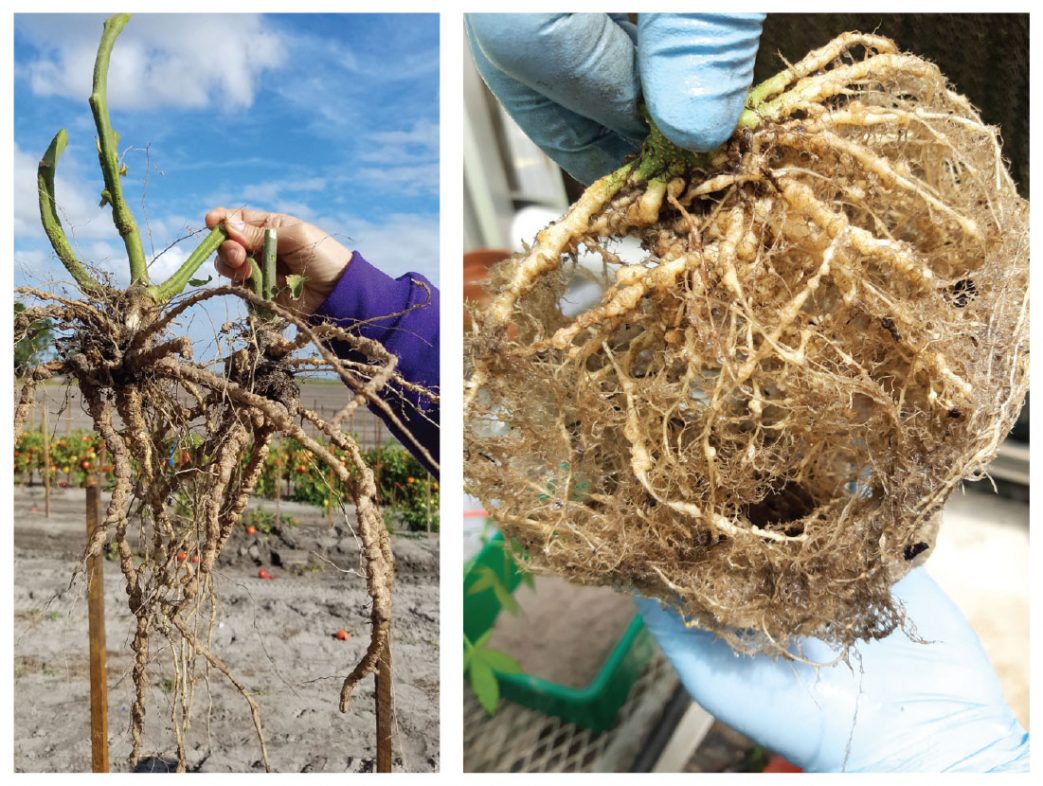 Nematodes were not any less of a problem this year for Florida producers. But they weren’t any worse, either, said Johan Desaeger, Assistant Professor of Entomology and Nematology at the UF Gulf Coast Research and Education Center.

“They’re always bad in Florida. But if they were worse this year or not, it’s hard to tell. When I think about the strawberry guys, I’ve seen quite a bit of problems but really their main issue was this Neopestalotiopsis Fruit Rot disease,” Desaeger said. “Nematodes were there. I know, especially some of the organic fields, with more and more organic strawberries being grown here, especially some of those had some serious nematode problems.

“In vegetables, it’s a root-knot issue. I noticed the tomato growers, they seem to be also more and more concerned about the stubby root nematode, which we really don’t know much about. But that may be something we need to be looking into in the future as well.”

Nematodes have a wide host range and are most prevalent in Florida’s sandy soils. The microscopic worm-like pests are less of a concern in South Florida’s muck soils. Root-knot nematodes enter the roots of plants, move through its cells until they reach sites where they grow, produce additional eggs and cause the roots to swell. This reduces the plant’s growth and any potential yield.

“Overall, I wouldn’t say it’s been worse probably than other seasons, but I don’t think I could say it’s been better. I would just say it’s been a typical Florida nematode season,” Desaeger said. “If you’re going to grow any kind of vegetable or berry in Florida, it’s something that you have to think about.”