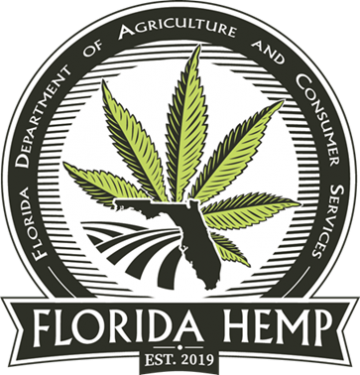 Holly Bell, director of cannabis for the Florida Department of Agriculture and Consumer Services (FDACS), gave an update on Florida’s hemp program as part of the Citrus Expo virtual general session.

“Florida is becoming the leader in the country — if not the world —on how we’re getting our hemp program rolled out and the standards that we’re setting,” she said.

On April 27, FDACS began issuing hemp cultivation permits. As of mid-August, 550 permits were issued and another 400 were being processed. The 550 permits encompass 18,000 acres of indoor- and outdoor-grown hemp. Bell said applying for a permit is a quick and easy process that can be done online. She noted that there is no fee for a hemp cultivation permit in 2020. Questions about the permit process can be sent to DPIhemp@FDACS.gov.

Bell reported that FDACS has been inspecting hemp products for consumer safety and checking to ensure that what is listed on the labels is what is found in the products.

“We found some alarming trends in samples that we pulled,” Bell said. “We have found high levels of lead in a lot of the tinctures that are in bottles (CBD oil) and sold across the state.”

FDACS is working with the Food and Drug Administration to remove tainted CBD oil from Florida shelves and in other states where the products are sold.

“We really are setting the bar in the United States for testing and quality control,” Bell said. “Several people with hemp businesses in other states now want to come to Florida to do business here. Florida is setting an example.” She added that several states have reached out to FDACS to help them get their hemp programs up and running.

For help, questions or concerns regarding Florida’s hemp program, Bell encouraged reaching out to cannabis@FDACS.gov or directly to her at holly.bell@FDACS.gov. “We are eager and here to help you, and we’re looking forward to building this industry up,” she concluded.