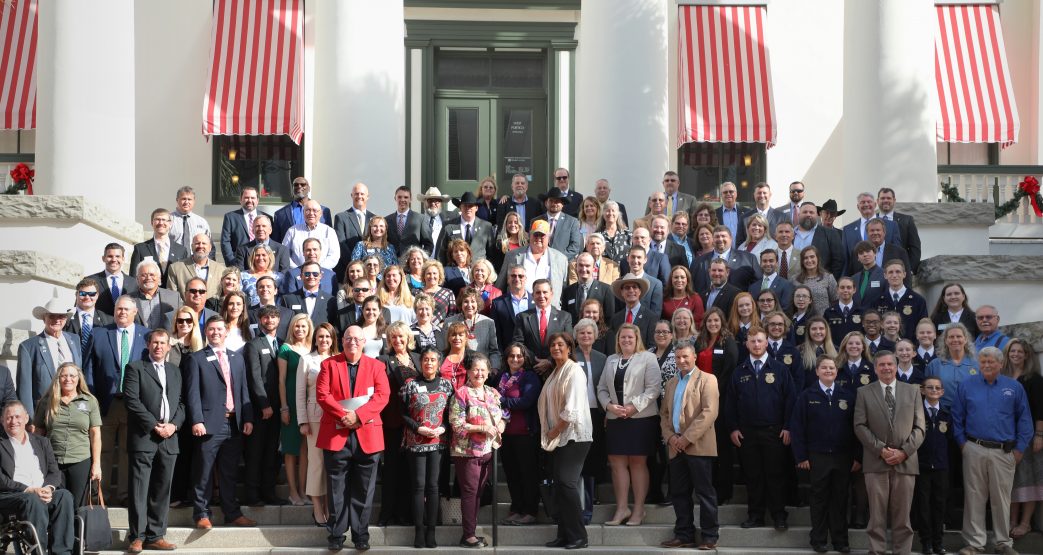 On March 19, the Florida Legislature wrapped up the 2020 legislative session after a six-day extension caused by a delay in budget negotiations. Clearly, the COVID-19 outbreak has created significant uncertainty about Florida’s economy and there may be a need for the Legislature to meet again to revise the budget based on updated revenue forecasts. However, for now, Farm Bureau has had a successful session both with funding agricultural priorities as well as in the policy arena.

Over the course of the session, two policy priorities emerged as being vitally important. Because of recent blue-green algae outbreaks and Governor DeSantis’ focus on environmental issues, water quality was a key issue. The governor also sought to fulfill a campaign promise to pass a bill that would ensure that employers were hiring legal workers using the E-Verify system.

SB 712 was the comprehensive water quality bill that largely incorporated the recommendations from the governor’s Blue-Green Algae Taskforce. It passed both chambers unanimously and was sponsored by Sen. Debbie Mayfield. The House companion was sponsored by Rep. Bobby Payne and Rep. Blaise Ingoglia.

For Farm Bureau, the most important aspects of the bill add credibility to the agricultural BMP program through the two-year verification process and support additional research by FDACS and the University of Florida Institute of Food and Agricultural Sciences to develop new BMPs.

SB 712 passed by unanimous votes in both chambers and received broad, bipartisan praise.

“It is a fantastic beginning and a giant step forward for our state, for our environment, for our water quality,” said Rep. Toby Overdorf, a republican from Palm City.

“This is going to be a piece of legislation that we’re going to talk about decades from now as the starting point where we shifted gears and proved to people that we, as a state, are prepared to take on these big environmental issues,” said Rep. Ingoglia, a republican from Spring Hill. “Make no mistake about it, this is an historic piece of legislation.”

Recently, activist groups around the state have been pushing petitions for so called “rights of nature” county charter amendments. These amendments would grant legal rights to specific rivers, water bodies and other natural features. These amendments would give citizens a broad standing to sue governments or businesses who “interfere or infringe” on those rights. The organization leading this charge is the Community Environmental Legal Defense Fund, which so far has proposals in Alachua, Brevard, Lee, Orange and Osceola counties.

Rep. Ingoglia and Sen. Ben Albritton sponsored bills that contained language ultimately passed in SB 712 that preempts these types of initiatives. This provision will prevent frivolous lawsuits that could harm businesses and hamper the ability of local governments to issue permits.

The E-Verify bill (SB 664) sponsored by Sen. Tom Lee passed both chambers and is headed to the governor’s desk. However, the Senate bill was amended during the last days of session by the House and was passed including the provisions in HB 1265 by Rep. Cord Byrd.

Throughout the session, the chambers took different approaches to the issue. Generally, the Senate’s approach was to mandate the use of E-Verify for both public and private employers with certain exemptions for private employers. The House approach allowed all private employers to verify the employment eligibility of their workers by using E-Verify or by utilizing the federal I-9 verification process.

Farm Bureau believes that any immigration legislation should be done at the federal level. But during the session, we strongly preferred the House position because it allows employers to continue using the federally authorized system and because it does not create an additional regulatory burden.

The FDACS budget ended up much better than where it started. The Fresh from Florida program will be fully funded at $5.9 million. The initial House proposal included a $3.7 million cut. The Rural and Family Lands Protection Program will receive $8.7 million this year after being zeroed out in 2019. The Office of Agricultural Water Policy also received funding for eight additional staff that will be integral to implementing provisions of SB 712 that call for BMP verifications.

At the close of the 2020 session, it was clear that it was a successful one for Florida Farm Bureau and its partners in the agricultural community. Successful outcomes for top priorities this year were essential, and Farm Bureau appreciates its members and the Legislature for their hard work.