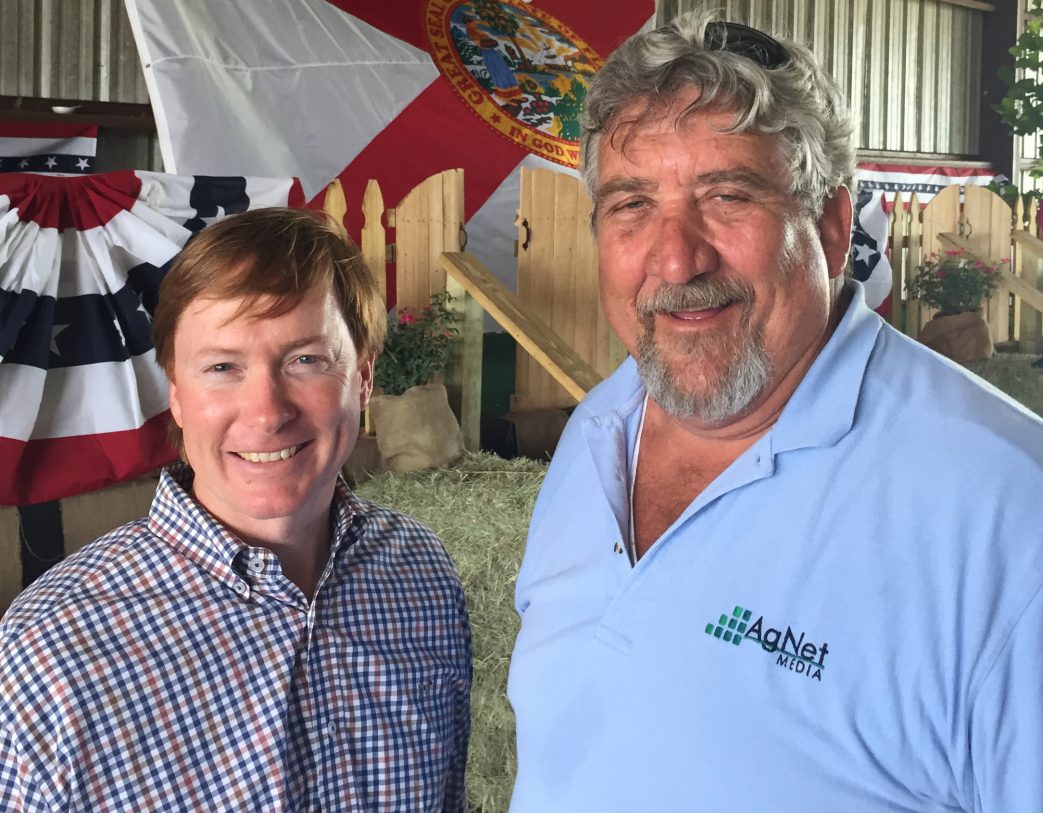 Florida Agriculture Commissioner Adam Putnam made his bid for the governor’s office official last week, following up the announcement from his hometown of Bartow with a whirlwind bus tour of the state from one end to the other. I caught up with Putnam at the end of his final tour stop at a farm in north-central Florida for a sit down interview, from the angle that his candidacy for governor may in itself be one of the biggest agricultural news stories in the state in quite some time. After all, a bona-fide farm guy running for governor of one of the most populous states in the nation has raised eyebrows in some circles far beyond Florida, as some people in agriculture elsewhere wonder if it’s a successful formula to be a farmer running for such a high-profile statewide office in an urban and growing state like ours.

The two of us sat down around a hay bale near the impromptu barn stage put together for the rally at the Gaylard Family Farm near O’Brien last Saturday. O’Brien is a small community in the heart of Florida’s Suwannee River Valley, and the event attracted about 650 people, quite a crowd for such a remote location. It was an old-fashioned country BBQ with all the trimmings. It was obvious here, as it has been over much of the bus tour throughout this opening week of his campaign, that agriculture folks are just getting started in supporting one of their own who they hope will make it into the governor’s office. Putnam’s message to the family-oriented crowd on this warm Saturday afternoon did not disappoint.

Listen in to our talk with Putnam about his campaign’s initial launch, and about his vision for Florida agriculture and the state as a whole, and stay tuned as we do what we can to cover the coming political season from an agricultural news perspective appropriate for our agriculturally targeted audience.

If you’re in agriculture as a producer or otherwise and have ideas of questions you would like to ask the candidates about agricultural issues in the months ahead, we want to hear from you. Please feel free to e-mail us anytime with your news tips or suggestions at office@agnetmedia.com.