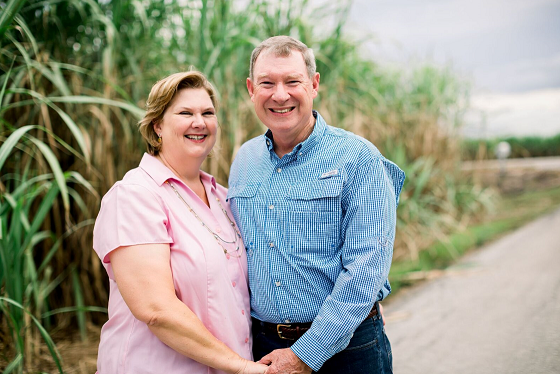 At a time when farmers need support more than ever, one Florida farmer is forced to defend their livelihood against political attacks from environmental activists. These attacks could impact the future of agriculture.

“I was very blessed and privileged to have a dad who served in World War II, Battle of the Bulge. One of the things he told us as children growing up is that America doesn’t know what it means to be hungry like people in France were that he saw,” said Florida farmer Ardis Hammock. “America does not know that. We are one growing season away from America finding out about that, though.”

A Florida farmer like Hammock, owner and operator of Frierson Farms in Moore Haven, Florida, are responsible for feeding the United States but are often criticized. That criticism centers around farmers’ stewardship of resources and sometimes comes from political leaders like Florida Rep. Brian Mast.

Mast, a critic of Florida’s private sugar producers, was one of many who signed a pledge calling on federal, state and local politicians to avoid accepting financial donations from the sugar industry, according to a recent story that was published in the TC Palm.

“The sugar industry does not have the right to demand Florida’s environment kneel to their wishes,” Mast said in a statement. “As representative of the Treasure Coast and the Palm Beaches, I will not let them make back room deals that poison our waterways or starve Florida’s Everglades.”

The support for the campaign includes non-profits like VoteWater, the Center for Biological Diversity, Florida Conservation Votes and the Sierra Club of Florida.

“I think it’s a crying shame that people are targeting folks that are putting food on their table, and we’ve got supply chain issues going on for everybody in America. I don’t understand how a congressman attacks people in his own district,” Hammock said. “He continues to push clean water. There’s not any farmer in the EAA (Everglades Agricultural Area) or outside the EAA who doesn’t clean up the water on their farm cleaner than rainwater. I don’t understand how a politician doesn’t recognize that the very people who are cleaning up the water is who he is attacking.

“It gets me that every day we’re trying to make a living and make ends meet … The environmental groups, they need a reason to make money. If they don’t keep something stirred up, they don’t have income. I don’t need anything stirred up. I just need to be able to continue farming and make food for Americans that’s safe and affordable.”

According to a press release from the Florida Sugarcane Farmers, sugarcane, vegetable, rice and sod farmers in the EAA have reduced phosphorus in the water flowing off their fields by an annual average of 55% since 1996, which is more than twice the 25% required by law. Additionally, growers farm near communities with some of the cleanest air in the state. Independent and government-regulated air quality monitors routinely show residents in the Glades farming communities enjoy air quality better than those living in heavily populated coastal communities.

This attack is the most recent challenge that Hammock has had to overcome. Hammock, her husband, Alan, and son, Robert, farm about 700 acres. This includes sugarcane production and renting fallow land to vegetable producers. Like other specialty crop farmers, Hammock has been challenged with inflationary input costs.

“We are sitting there crunching numbers, trying to figure out how we’re paying for the fertilizer. How do you grow a crop without a fertilizer? Well obviously, you don’t. How can we continue?” she asked.

But no matter how challenging the production and political landscape continues to be, Hammock is committed to the calling that has defined her for the last 46 years.

“We believe as our pioneers did, that folks have always got to eat,” Hammock said. “My husband is 69, and he’s been on a tractor all week. They don’t retire. He wouldn’t want to do anything else.”