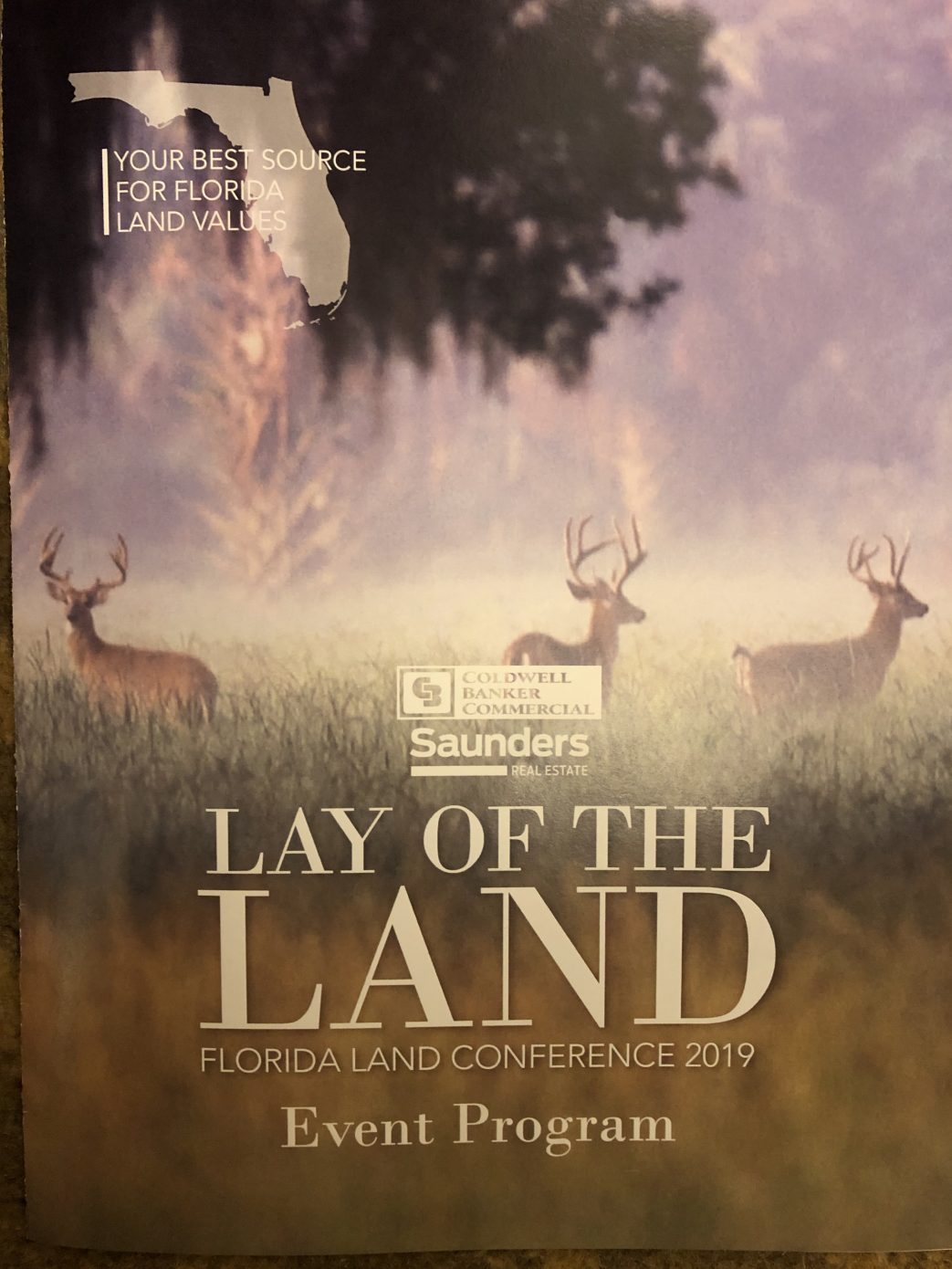 Florida Department of Environmental Protection (FDEP) Secretary Noah Valenstein packed the room for his comments at the eleventh annual Lay of the Land Conference near Orlando late last week.

The Lay of the Land Conference, hosted by Saunders Real Estate, again brought several hundred landowners, agriculturists and other Florida real estate interests together for a snapshot of Florida as it relates to current issues shared by all. These days, that boils down to a discussion about the impacts of urban growth.

Opening the floor for questions invited some pointed comments that indicated a lingering perception that agriculture is being unfairly singled out for more than its share of blame for South Florida’s water woes.

Valenstein spoke to AgNet Media immediately after his talk to answer a few brief questions, based on his exchange with conference attendees.

First, we asked about his reaction to his conversations with the Lay of the Land group, noting their concerns about water management issues in particular:

Given comments from some that agriculture has been successfully investing in solutions to help fix Florida’s water challenges a lot longer than most, we asked a question we’re hearing more often among grassroots Floridians lately. It referred to the reasoning behind the apparent continued push for growth, when the state seems to be challenged in solving the problems that unbridled growth continues to bring?

And finally, in our short exclusive interview with the FDEP secretary, considering all the current political rhetoric about agriculture south of Lake Okeechobee, we asked Valenstein if he felt there was a future for agriculture in that region:

If memory serves me correctly, water management districts were originally created in early 1970s along hydrologic boundaries. They were set up with independent taxing authority and politically insulated governing boards, to allow different regions with different problems and different rates of urban growth to do what so many now say should be done. That is, raise money and make decisions more directly from within each watershed region, based on good science, not political expediency. Instead, those rules were later thrown out in more recent decades, and the process has continued to become more political ever since.

Considering the state’s population in the early 1970s was probably less than a third of the 21.5 million people it is today, one can only imagine what the difference would be had those taxing systems been left in place and managed the way they were designed to be. The money that could have been raised by all the people who have since become part of the problem in each watershed area could have been huge in today’s dollars.

Water management is complex and should be left in the hands of scientists, technicians and policy makers at the local level rather turning it into political theatre.