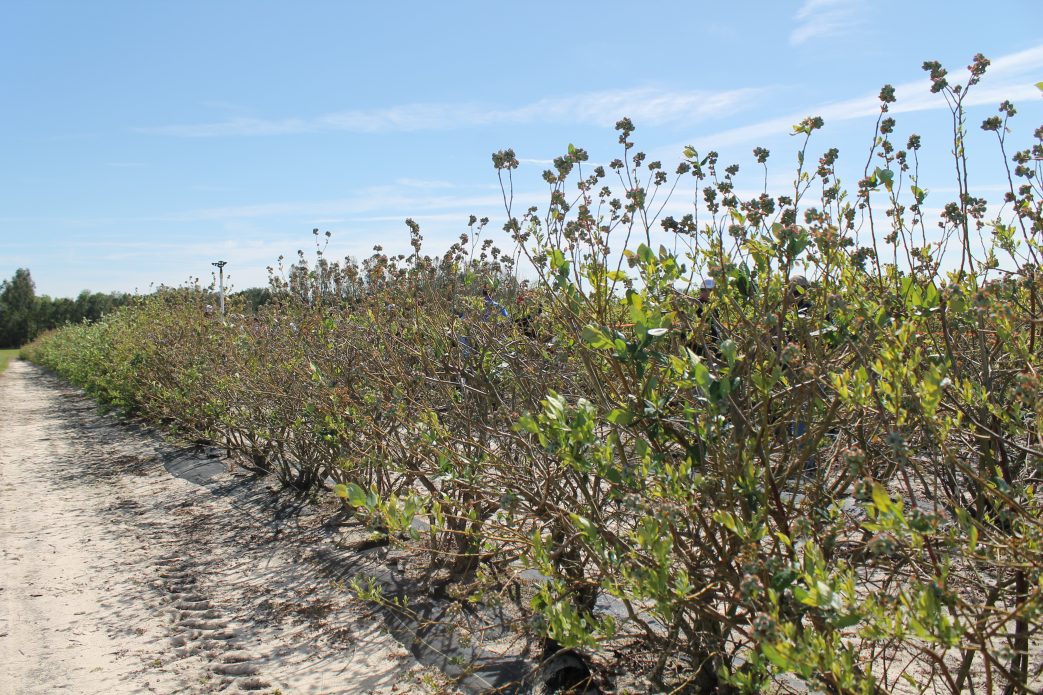 Update: The FBGA sent another email on March 30 with some survey results. This is what it reported:

“Approximately a third of the state’s acreage has responded to our survey, 95% of which are reporting damage at some level.

Over two-thirds of the acreage are reporting more than 20% crop loss (many of which indicated they are seeing between 30-50% or more in their fields). Losses were mostly attributed to pollination and/or gall midge but responses also included freeze damage, Dormex damage and Hurricane Irma.” The Florida Blueberry Growers Association (FBGA) sent out an email yesterday saying that many producers across the state have suffered losses due to gall midge.

Gall midge is a pest of blueberries, native to North America. The larvae feed inside the flower buds and destroy them, thus causing low yields. Adults are fragile flies, resembling mosquito-type insects. The legless larvae show colors from yellow to red.

According to a report completed by University of Florida Institute of Food and Agricultural Sciences (UF/IFAS) Extension Agent Doug Phillips, producers that have reported gall midge infestation have also reported up to 50 percent fruit loss. The reports have focused on Emerald, Farthing and Meadowlark varieties. “There could be multiple reasons for flower bud damage and the resulting fruit loss, including hydrogen cyanamide and freeze damage. However, in several cases this year it is believed that this type of damage has been caused by blueberry gall midge,” Phillips says in the report.

Phillips and the FBGA are warning producers to be on high alert for gall midges in their production systems this season.

Oscar Liburd, UF/IFAS professor and program leader of fruit and vegetable entomology, will be releasing a bulletin with current gall midge management methods. Until then, the FBGA is asking producers to fill out this survey so it can inform retailers and consumers how much of the crop can be expected at the end of the season.