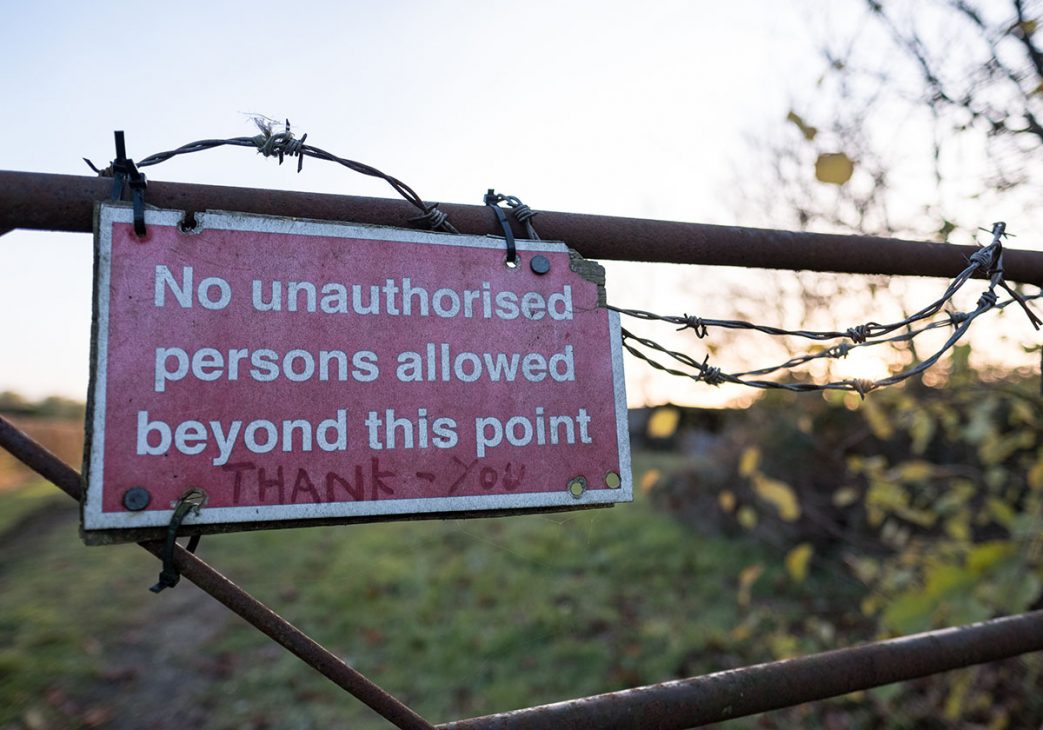 Some Florida growers are struggling to keep their products and possessions safe from thieves. There have been theft reports ranging from large and small equipment, chemicals, fuel and products, as well as accounts of vandalism.

Gene McAvoy, a regional vegetable Extension agent at the University of Florida, says the issue has been ongoing and seems to get worse with the state of the economy. “Back when we entered into the recession, things got quite a bit worse than they are right now, but it’s an ongoing problem,” he said.

Highlands County Sheriff Paul Blackman believes that depending on the time of year, there is an increase in product theft. Recently, the sheriff’s office has been receiving numerous calls reporting stolen gas used for irrigation systems.

In Southwest Florida, McAvoy has seen an issue with thieves breaking into storage units and stealing thousands of dollars worth of chemicals. “We’ve had, repeatedly over the years in Southwest Florida, guys break into a storeroom, especially when chemicals had just come in for application that week, and they take off with $20,000 to $30,000 in the back of a pickup truck,” he explains. Part of the problem in Southwest Florida, he says, is that most of the stolen materials are shipped offshore, making it impossible for the products to return to the rightful owners.

McAvoy believes the people committing these crimes are trying to make a profit off of the stolen goods. He does not think it is farmers stealing from other farmers. However, he points out that the thieves know what they are doing and they know what to steal to make the most profit.

For the past 12 years, Highlands County only had one agriculture deputy who was responsible for responding to and investigating all ag-related crimes. Blackman held up to his commitment by adding four agriculture deputies to the force to better protect the county. Each deputy is assigned to a specified zone to ensure every farmer receives an equal amount of security. There are also two agriculture detectives who are assigned to conduct follow-ups on certain reports. Despite the increases in crime, Blackman says the county did not have enough manpower to handle what they had already, which encouraged him to increase the agriculture force.

Blackman also notes his department is in the process of a computer data change. Currently, all agriculture theft is compiled with residential and commercial theft. Ideally, he would like the computer to categorize agriculture crime into a separate file so the department can keep better track of reports that need to be investigated. “We can keep better track of that stuff and see where our areas of interest are, and where our resources should be allocated to,” Blackman says.

Citizens of Highlands County are impressed with Blackman’s efforts to better serve the area’s agriculture industry. Ray Royce, executive director of the Highlands County Citrus Growers Association, says he is grateful for Sheriff Blackman and his increased agriculture security efforts. “We are hopeful that they’re going to be able to follow up on reported activities and solve even more cases,” says Royce.

Allocating each deputy to a specified zone in the county makes the security stronger, believes Royce. He says by doing this, it allows the deputies to become familiar with their region’s community, and they can get a better sense about what is normal, which makes it easier to spot abnormalities. Royce has a clear expectation that the increase in security will lead to a decrease in crime rates.

REPORT AND PREVENT
Unfortunately, many ag crimes go unreported due to the mindset that nothing will be done to rectify the situation. If it is something small, some growers would rather take the loss than go through the reporting process.

Blackman stresses the importance of reporting every crime no matter how small it is. “It’s very important to report that to us, so we can keep track of it to see if there’s any trends. Then, we can start the process of trying to recover, trying to find suspects so we can arrest them and prevent them from stealing from someone else,” he explains. Blackman advises growers to go the extra mile by marking their equipment, which can help deputies during the recovery process.

McAvoy suggests taking every precaution possible, including extra locks on storage rooms and possibly investing in an alarm system or security cameras. Moreover, McAvoy says to be on the lookout for strangely priced chemicals or equipment, because they may be stolen items. “If somebody’s offering a product at a price that seems too good to be true, it probably is,” he says.

Blackman advises farmers to keep in touch and build relationships with the agriculture deputies on duty. The more familiar deputies are with growers’ land, the easier it is to spot abnormalities. Lastly, Blackman encourages growers to be good neighbors by watching out for odd behavior on nearby properties as well as on their own land. By taking these measures, growers can help protect themselves and their community.