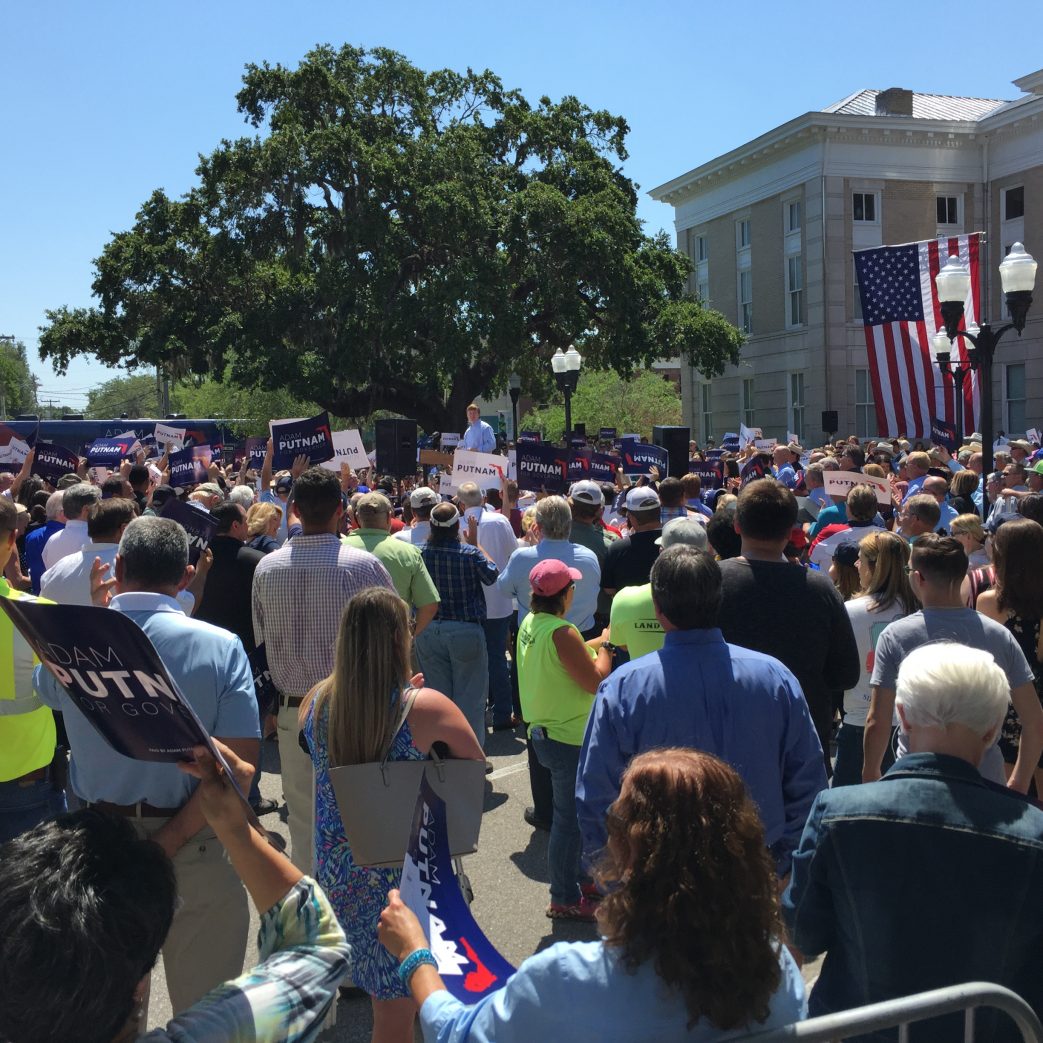 Among a large crowd of state agriculture leaders, grassroots producers and others at the courthouse in his hometown of Bartow, Florida Agriculture Commissioner Adam Putnam made official on May 10 his expected bid for governor.

Some observers in Florida’s agriculture industry note today’s historical perspective, in that Florida is now third in population in the United States and urbanizing. Therefore, it could be a long time — if ever — before someone with as strong a farm background could again have such a shot at the state’s top political office. Many in Florida agriculture have long awaited today’s announcement and have been rallying industry support for some time now.

A note from Gary Cooper, AgNet Media founder and president:
Commissioner Putnam is and has been a key newsmaker and spokesman for the state’s agriculture industry for years, and will continue to be throughout the upcoming campaign as he completes his eight years as Florida’s agriculture commissioner. AgNet Media will continue to cover his office and position in this context as we always have — as the only independent, statewide, farm-broadcast media rooted in Florida.

Furthermore, the Southeast AgNet Radio Network and AgNet Media will strive to cover the state’s political races appropriately from an agricultural perspective, as we always have, albeit with consideration of the limited resources we have to do so. When candidates make agricultural news or make available their public statements about the industry, we will do our best to include coverage of those events or statements in a timely fashion. We encourage any and all candidates to make agriculture issues a part of their campaign discussion. We feel this major Florida industry deserves sincere thought, understanding, involvement and attention from any candidates vying for the state’s top political posts.