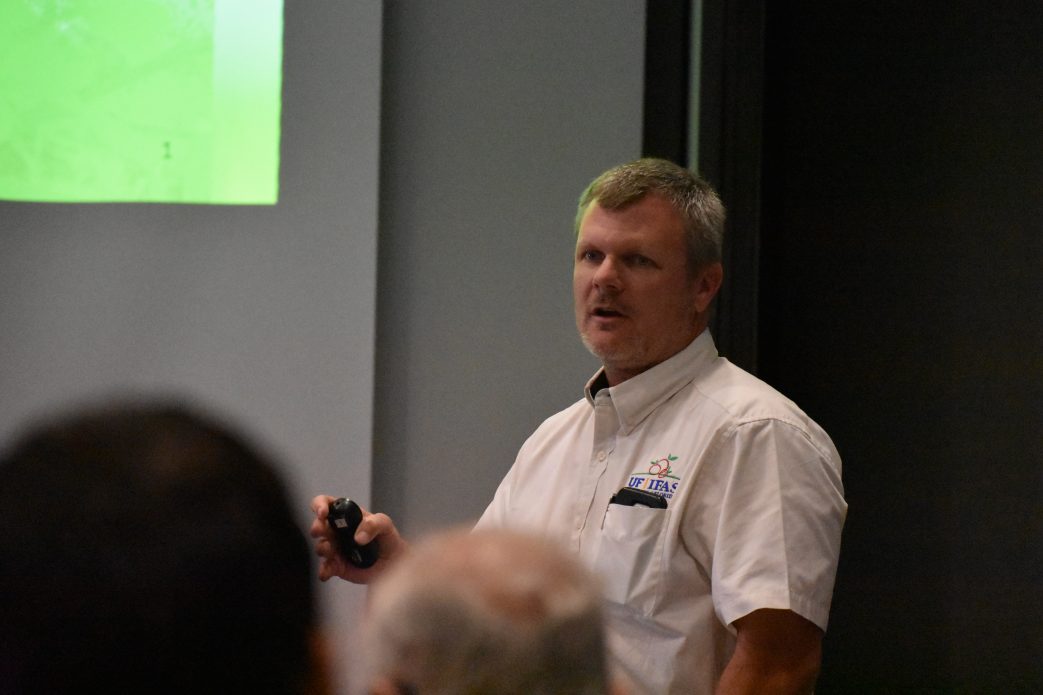 Pomegranate production in Florida has been striking interest within the agriculture community because of its potential to be a viable alternative crop to citrus. Gary Vallad, associate professor of plant pathology at the Gulf Coast Research and Education Center, recently presented research findings from 2016 about pomegranate disease treatments, as well as research plans for 2017.

What Vallad consistently found with products such as Merivon was that application at the bloom was vital to the plant’s health. “If you made applications after bloom, you had very weak disease control compared to at-bloom applications,” he explained. Vallad added that the best time for application seems to be when about 25 percent of the blooms are opening.

Other products, such as Luna Experience, had similar results, but at-bloom application was not as critical.

During 2017, Vallad says researchers will be repeating some of their research from 2016 by looking at the application timing of Merivon and Luna Experience again. “Part of this is to repeat some of the results we had from last year,” he said. Vallad added they are also repeating some of the research in order to address concerns about phytotoxicity that have been expressed by some companies like BASF. In addition, Vallad said he will be researching some biopesticides to see if those products would be more effective by themselves or as part of a treatment system.

The findings from this research will soon be made available online at http://www.crec.ifas.ufl.edu/extension/pomegranates/.