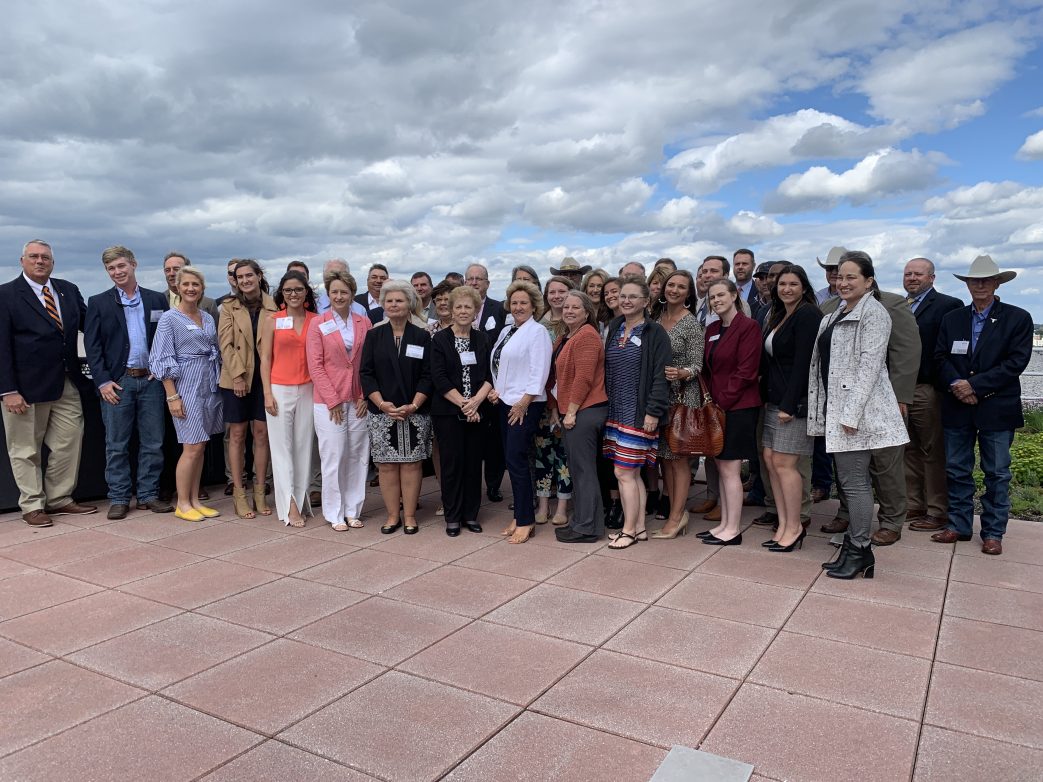 Each year, Florida Farm Bureau (FFB) gives its members the unique opportunity to travel to Washington, D.C., to advocate for Florida agriculture to their legislators. Farmers and ranchers from throughout the state attended the Field to the Hill event last week along with FFB state staff. AgNet Media’s Abbey Taylor was able to tag along with the Farm Bureau members and witness firsthand the passion of Florida farmers.

SETTING THE STAGE
The activities began on May 14 with a briefing session at the American Farm Bureau Federation (AFBF) headquarters. Each year, FFB outlines key issues faced by Florida agriculture for attendees to take to their legislators. Issues this year included hurricane relief, the United States-Mexico-Canada Agreement (USMCA), environmental issues and labor.

The briefing session opened with remarks from FFB President John Hoblick, who thanked attendees for making the trip to D.C. Next, the crowd heard about environmental initiatives from Hema Subramanian, senior agriculture advisor, and Jessica Kramer of the office of water from the U.S. Environmental Protection Agency.

RJ Karney, director of congressional relations with AFBF, spoke about disaster relief. Most, if not all, of the Florida agricultural community has a clear understanding of the devastation caused by Hurricane Michael, which hit the northern part of the state in October 2018. However, those producers have yet to receive disaster relief dollars. Karney gave an update on the status of that legislation and how attendees could aid in the effort to get it passed.

In the middle of the briefing session, attendees witnessed the presentation of the AFBF Golden Plow award to Florida Rep. Ted Yoho.

Finally, Hoblick wrapped up the briefing session by touching on trade and labor. Issues with the USMCA have been on Hoblick’s radar ever since the new deal was released. He, along with others at FFB, have since been fighting for provisions to protect southeastern growers from unfair Mexican trade practices.

VISITING WITH LEGISLATORS
The second day of the Field to the Hill event was packed with legislative visits. But before the day got started, attendees sat down for an early breakfast, during which they learned about some dos and don’ts when speaking to legislators. Then, congressman Neil Dunn addressed the crowd, thanking them for making this important trip to tell the story of Florida agriculture.

After breakfast, attendees headed to Capitol Hill to begin meetings with their county legislators. Several meetings happened simultaneously in different office buildings as attendees from different counties met with their respective members of Congress. Some attendees also met with Senator Marco Rubio’s staff.

One attendee, Kenneth Parker, a Hillsborough County Farm Bureau member and executive director of the Florida Strawberry Growers Association, was excited to have farmers in D.C. Parker frequently visits Capitol Hill as a representative of Florida strawberry growers, but he believes having growers show their faces to their legislators is a home run. “When you bring a grower in the office with you, the demeanor changes,” Parker explained.

He adds that no matter the issue — disaster relief, USMCA or others — bipartisan support is needed to help Florida agriculture. “That’s what it’s all about,” Parker said.

Jacob Larson, a dairy farmer and cattle rancher in Okeechobee, said that making the trip to D.C. is worth it to foster strong relationships with his legislators. “Most of us, at least in my case, would rather be at home milking cows,” he laughs. “But if we’re ever going to have a voice, then we need to have a relationship with lawmakers.”

MORE MEETINGS
On the last day of the Field to the Hill event, attendees went to the U.S. Department of Agriculture (USDA) headquarters to meet with Farm Service Agency Administrator Richard Fordyce and Deputy Administrator Bill Beam.

During the USDA meeting, other members and state staff attended the Florida delegation meeting where agricultural leaders, including Hoblick and Florida Agriculture Commissioner Nikki Fried, drove home some of the issues Florida agriculture faces. Read more on that meeting here.

John Walt Boatright, director of national affairs with FFB, believes the event was a huge success for the attendees. “From disaster relief to trade solutions, Farm Bureau members proved their advocacy skills on a wide array of topics in front of Florida’s congressional delegation. It was a great week for Florida agriculture. We are thankful to every Representative who opened their doors to Farm Bureau members,” he said in a statement.

Every year, FFBF provides its members with this excellent opportunity to get in front of their legislators to advocate for Florida agriculture. Thank you to John Hoblick, Kevin Morgan, John Walt Boatright and Rachael Smith for allowing me to tag along with the group. It was an incredibly educational experience, and I am thankful to have been a part of it.

Stay tuned for more from the Field to the Hill event on VSCNews.com and SoutheastAgNet.com in the coming weeks.