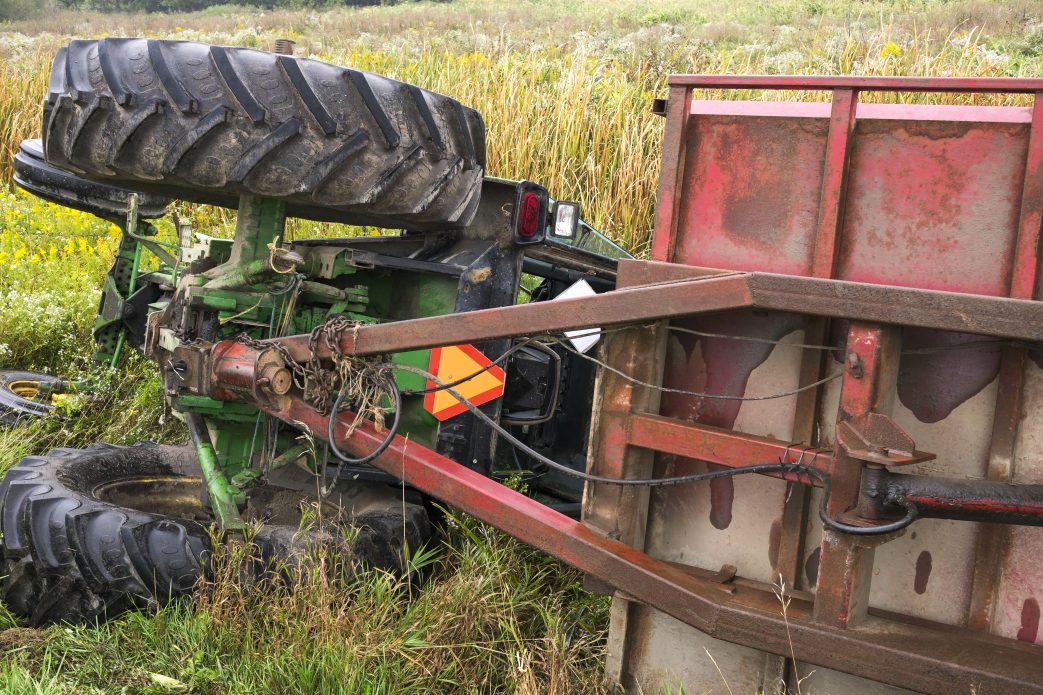 Agriculture-related injuries are not uncommon. But they may be more prevalent than you might think. More than 60,000 people were treated in emergency departments across the U.S. for non-fatal, agricultural-related injuries, based off Penn State research from 2015 to 2019..

“It’s well-known that farming and forestry are two of the most hazardous occupations. From that perspective, it’s not really a surprise. However, I think the actual numbers we came up with of the people that are going to emergency rooms was a bit of a surprise,” said study author Judd Michael, Nationwide Insurance Professor of Agricultural Safety and Health and professor of agricultural and biological engineering, College of Agricultural Sciences. “It showed more injuries than what we might have anticipated.”

Most injuries were to the upper extremities, specifically to the arms and hands. The most common injury reported was a fracture, followed by open wound or amputation.

“You can take all that to mean that the arms and hands either get broken or get cut pretty bad,” Michael said.

Maybe most concerning is that a third of those 62,079 injured were youths or children ages 0 to 17. Many kids work on family farms and are vulnerable to farming dangers, whether it be to tractors or other machinery.

“Family farms, especially, need youth labor. The kids want to help, and it’s good for them to learn hard work and learn how to get things done. But we need to work harder to keep them safe,” Michael said.

Safety awareness was a key in conducting this study.

“It’s a very good initial step. People may get complacent. They may think as guys, it can’t happen to me, I’m invincible, I’m careful. I’m too tough. Across the safety literature it’s well known that if we get people to acknowledge the risks, they’re more likely to take care, not only themselves but also other members of the team,” Michael said.

Serap Gorucu, assistant professor of risk analysis, safety, and health of agricultural systems at the University of Florida; and Kelly Chege, doctoral degree student in the Department of Agricultural and Biological Engineering at Penn State, contributed to this research.