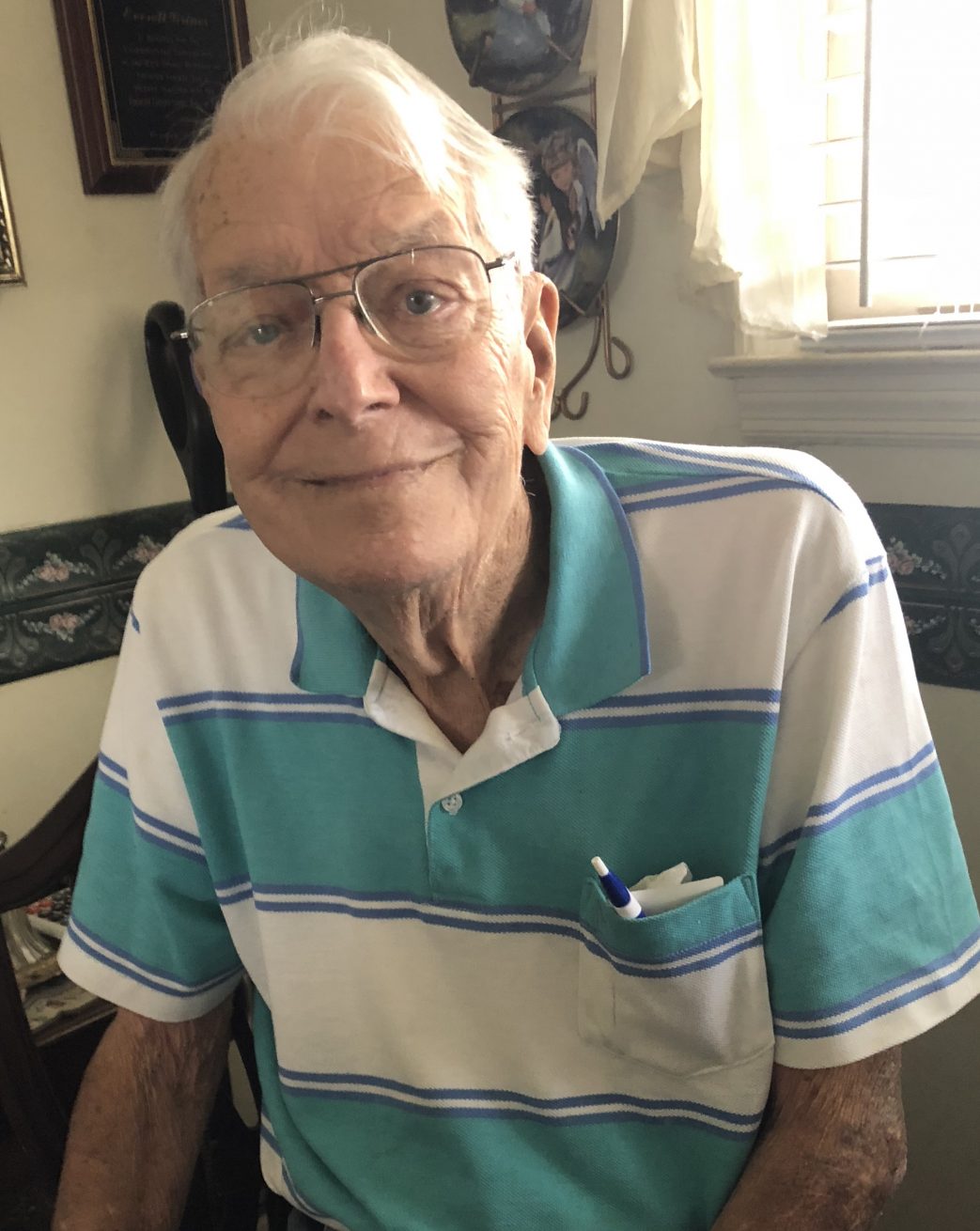 Imagine being so passionate about your work that you never want to retire. That’s how Everett Griner feels about broadcasting. But at age 92, he has decided to turn off his microphone and hang it up for good.

BACK TO THE BEGINNINGS

Griner has been all around the world, thanks to his military experience. In the 1940s, instead of going on to his senior year in school, he joined the Navy. His experience in World War II was unique because although he was in the Navy, he spent 17 months in the Marines security unit. Shortly after returning home to Georgia from the war, he found his love: broadcasting.

Broadcasting was much different than it is today, Griner explains. “Stations programmed in blocks back then,” Griner recalls. “We had an hour of country music, then popular music. Somewhere there would generally be an hour of gospel music incorporated into the format, and that was the way most stations operated.” He adds that much of the programming was done live.

Griner didn’t start his career as a reporter, but instead as a musician. “(I played) the old stand-up bass fiddle and rhythm guitar for a country music band at a little 100-watt AM station,” he explains. From there, the fire was lit.

During the Korean War, Griner was called upon to serve once again. However, instead of going back into the Navy, he joined the Air Force, where he spent a lot of time in Africa. Fortunately, Griner did not have to leave broadcasting behind. “There was a network of radio stations called Armed Forces Radio Network, and practically every isolated installation would have its own station,” he says. The network had heard about Griner’s experience and called on him. For several months, he put together weekly programs for the network.

When Griner returned to the states following the Korean War, he immediately went back in to broadcasting. In fact, he didn’t even have to apply for a job. “I had been home for about a week when a manager of a local station sent me a message to come in for an interview,” he says. Griner was hired on the spot, and he stayed in that position for 26 years.

At that point, farm news was starting to become more established in the broadcast realm, and soon enough Griner became a farm news director at the station he was hired at after the Korean War. “From there, the first Georgia farm network was established on some 100 stations in Georgia,” he says. Despite the difficult schedule, Griner built on his experience and eventually developed a passion for farm news.

Griner began to build a name for himself in the farm broadcasting world — not just in Georgia, but in Florida, too. He caught the ear of a young Gary Cooper, founder of AgNet Media. Cooper was in the beginning stages of creating a farm news network, which is now known as the Southeast AgNet Radio Network. “Gary and his partners (Chuck and Cindy Zimmerman) drove up in my backyard and wanted to discuss establishing a network,” Griner recalls.

Following some discussion, a new Florida-Georgia-Alabama agriculture network was born in the late 1980s. Griner completed most of the shows for the new network. He even built his own at-home studio, a two-story utility building, behind his home, which is surrounded by farmland in Moultrie, Georgia. “It used to delight me to say that I was the only farm broadcaster that could look out the window and give you a crop report,” Griner laughs.

After trying to retire multiple times, Griner agreed to stay on and do commentaries for Southeast AgNet rather than farm reporting. He did that for 20 more years. “It was a good experience. It was educational for me and the people that listened,” he says.

Griner wrote all his commentaries by hand on legal pads, which he kept over the years. His collection of 109 legal pads includes thousands of commentaries and years of input.

When the commentaries started to be posted on SoutheastAgNet.com, Griner began getting responses from listeners throughout the United States. “That was delightful,” he says with a smile.

At 92 years young, Griner is officially off the air. He lives in his Moultrie home with his wife, who is happy to have her husband all to herself. Griner’s two-story studio still stands behind his home, filled with years of experience, memories and 109 legal pads of commentaries.

Looking back on his career, Griner never thought he would become so well-known in the industry. He just saw it as something he loved that helped him make a living.

Griner says he misses broadcasting every day. “I’ll never get it out of my system,” he says. “I still wish I could have a part in it, but my time has come and gone. I’m aware of that.”

His advice to budding broadcasters: Love what you do. “Just work at it like you would any other job. Enjoy the parts you can enjoy, tolerate the ones you don’t enjoy, and just love it,” he says.

Everett Griner’s mark in broadcast history will not be lost in the state of Georgia. In fact, it will be archived for years to come. Archivists at the University of Georgia Libraries are designing an exhibit about Griner for the Two-Party Georgia Oral History Project at the Richard B. Russell Library for Political Research and Studies. The audio from this interview, along with pages of Griner’s commentaries, will be included in the exhibit.

Griner’s commentaries are archived on SoutheastAgNet.com. To hear them, type “Everett Griner” in the search bar.