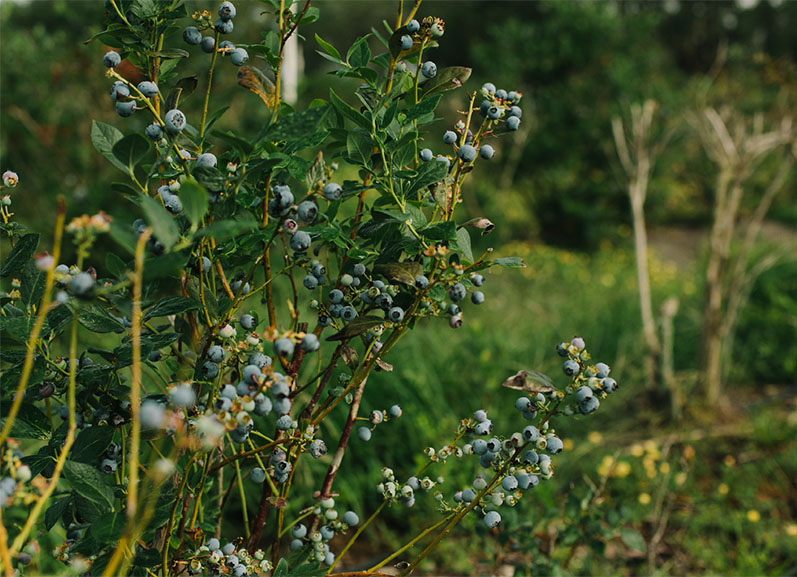 Water and nutrients are needed items for plant growth, and blueberries are no different. However, when nutrients leach below the root zone that is a loss for the farmer. Where water tables are high and farmers use subsurface tile drains to remove excess water, mobile nutrients such as nitrogen in the form of nitrate can cause water-quality issues.

In 2004, the Georgia general assembly passed into law the Comprehensive State-wide Water Management Plan Act (Georgia O.C.G.A. Secs. 12-5-520) to set a path for better management of water resources in the state. Water management occurs in regional sections of other states, but this article will focus on the water planning regions in Georgia. The act led to the creation of the State Water Plan (2008) that delineated 10 water planning regions beyond the Metropolitan North Georgia Water Planning District established in 2001 (Georgia O.C.G.A. Secs. 12-5-570).

Water councils further developed regional water plans to provide a guide for different sectors to help protect water resources. In the region where blueberries are mostly grown, one of the management practices listed is Non-Point Source 2, which is “Monitor and determine sources of nutrient pollutant loading. Develop management programs to mitigate impairments.”

Blueberries are grown mostly in the southeast/south central portion of Georgia near the Okefenokee Swamp. This region of the state, according to the Natural Resources Conservation Service (NRCS) Web Soil Survey, has soil types with water tables ranging from 0 to 80 inches below the soil surface. In this area, tile drains are used to remove or lower the water table during parts of the growing season to allow air and water movement through the soil profile. This use of drain tiles, however, has the potential of carrying nutrients away from the fields and into local canals and streams.

Consequently, an exploratory project was set up to monitor the nitrate concentrations leaving a blueberry field and entering a drainage canal. Based on the concentrations of nitrate leaving the field, a set of conservation practices was proposed to be installed. One conservation practice was the denitrifying bioreactor (NRCS Conservation Practice Standard 605), which is not adopted in Georgia but is used in midwestern states. The principle behind the practice is that the drain water containing nitrate flows through a bed of organic material and is denitrified prior to final deposition into the canal. Since this is an “end-of-the-pipe” practice, we proposed to work with the farmer to apply nutrients at different times or split applications to reduce the movement of nitrate specifically.

Water samples were collected over a two-year period from the tile drains and analyzed using the University of Georgia Agricultural and Environmental Services Laboratory W2 test for drinking water. This test measures 21 elements or compounds (including nitrate-nitrogen), alkalinity, pH, conductivity, total dissolved solids and hardness.

Gary L. Hawkins is an assistant professor in the Department of Crop & Soil Sciences at the University of Georgia.