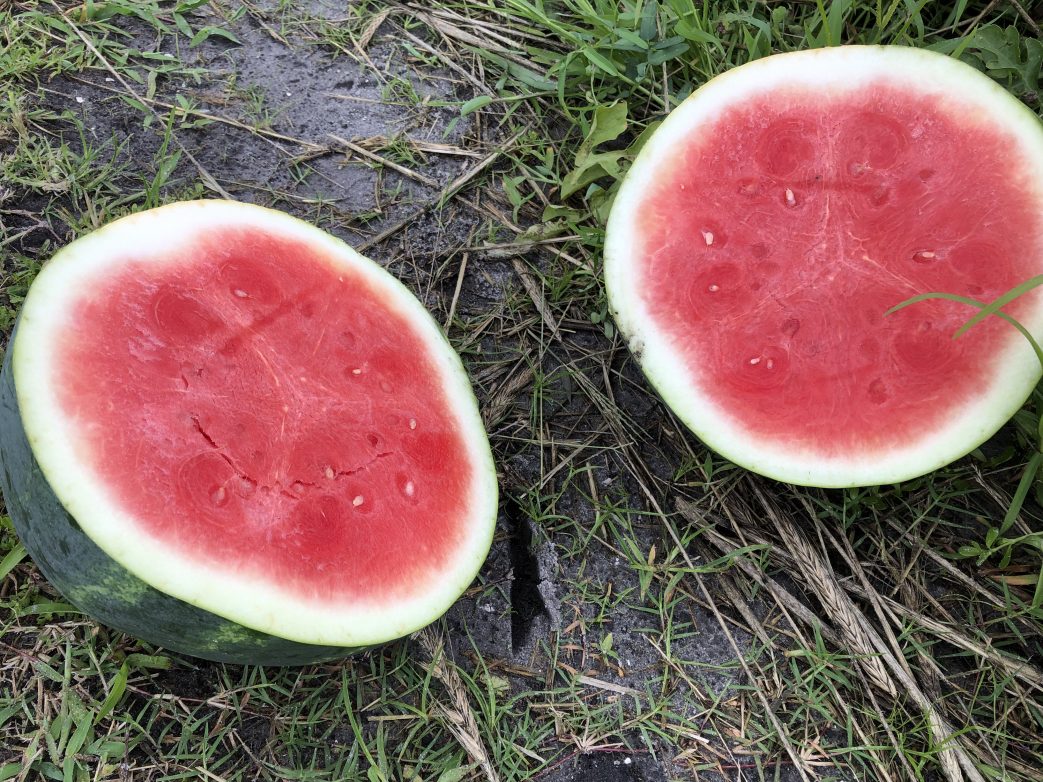 Growers and seed distributors had a field day Tuesday at the Enza Zaden seed breeding and field trials facility near Myakka City, Florida. The main attraction was the watermelon trials that include new varieties being tested and introduced into the market. Other trials added great flavor to the day’s tour and discussions, with multiple plots for bell peppers, mature green and vine ripened tomatoes, several different types of squash and eggplant, and even sunflowers.

The Enza Zaden Florida-based team, led by Rod Jorgensen, area sales manager for the eastern United States, hosted several smaller groups to the farm in recent days to review the trials’ progress. This field day was the crown of the effort, as the watermelons were at the perfect stage of ripeness. The other trials were well enough along for good study by growers and seed professionals. Custom gourmet burgers with all the trimmings were enjoyed by all, as groups visited the farm in the morning and afternoon. Several varieties of delicious watermelon were served, too, of course.

What goes on at plant breeding facilities like Enza Zaden’s has impact and implications for growers and industry throughout the Southeast and beyond. Jorgensen says Enza Zaden is on the cutting edge of new variety development, with consumer tastes, grower efficiencies and profitability top-of-mind.

Hosting the field day was a team effort. Plant breeders for the different crops were on hand to answer questions and discuss the trials in detail. In the days and weeks ahead, Jorgensen says his team will be moving around the state as the first watermelons of the season start to be harvested. He says they plan to be in the field to get timely production counts and other data required as part of their continuous research efforts. The seed breeding business remains in an ongoing state of development to meet the needs of an ever-changing industry.