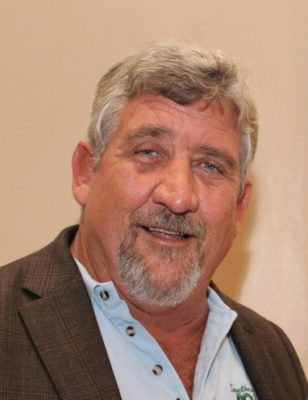 Sometimes the timing of events can really make us think.

Over the weekend, our nation lost one of its greatest public servants. Senator John McCain was nothing less than a statesman his entire adult life. Not once in all the recent news media coverage did I see him referred to as a “career politician.”

No matter what state you live in or what camp you call home in the political spectrum, most would admit this has been one weird mid-term election cycle so far, and we’re just getting to the end of the primaries.

AgNet Media was born out of a need for independent farm news in Florida more than three decades ago. As a small-staffed and independent media outlet concentrating on Florida farm news and issues, we have always steered our team clear of getting too deeply involved in political race coverage of any type. We also maintain a policy of not doing endorsements. We want to work with those elected to public office in covering ag news items, but we simply don’t have the resources to properly deal with the focus or pace of political campaigns. Sometimes, however, ag events and political campaigns cross paths, which results in appropriate AgNet Media coverage.

Now, with little time left to vote in this election cycle, those concerned about Florida’s future should pause to think about the difference in the two standards in the title of this article. There is a big difference between a “career politician” and a true “public servant” who has the best experience and knowledge to deal with the complex issues that lie ahead for Florida — a leading agriculture state and the third most populous state.

As one who has been covering Florida ag news since the late 1970s, I believe this year’s statewide elections may be among the most important ever for rural Florida, for the state’s ag industries and for Florida as a whole. In some ways, this primary could determine whether Florida will be able to retain its unique identity. For many of us who have called Florida home for a lifetime, and who understand the history of what so many multi-generational residents know as “A Land Remembered,” it’s a critical time in the state’s political history.

Who gets blamed for the problems brought by Florida’s urban growth depends on one’s perspective, position and origin. A good example is the current blame game going on with the algae problems in South Florida waterways. The farmers south of Lake Okeechobee are getting unfairly blamed by the media and by politicians who only know enough about the situation to make it a political football while trying to gain emotionally driven urban votes in the region.

Most people who live and vote in Florida today have little knowledge about Florida’s history or what makes the state so different from so many other places. This scares the heck out of most Florida farmers and agribusiness people that I know. Much of Florida’s positive imagery and past history is why so many millions move here. Meanwhile, lifelong residents and members of multi-generational Florida families often despise opinions of new residents who want to tell local folks how things should be changed, once they move into their neighborhood.

There are so many facts, yet so little time to get them heard in the midst of the clutter, especially in the heat of an election year. The bottom line is that Floridians should remember that the state’s farmers are the reason so much of Florida has been able to urbanize. Farmers are the backbone of a third or more of the state’s economy. Agriculture is even more important in years when disasters or economic downturns negatively impact tourism and development. In many ways, agriculture is what keeps the state ticking at its core.

This year, there are clear choices at the ballot box. This is not a year for Florida farmers and rural residents to sit on the sidelines. If you’re reading this, I urge you to vote and take a neighbor with you.

Farmers, ranchers and rural residents know who is best to lead this state, for all Floridians. So make your voice be heard at the ballot box today.

Gary Cooper is founder and president of AgNet Media, Inc. in Gainesville, Florida.