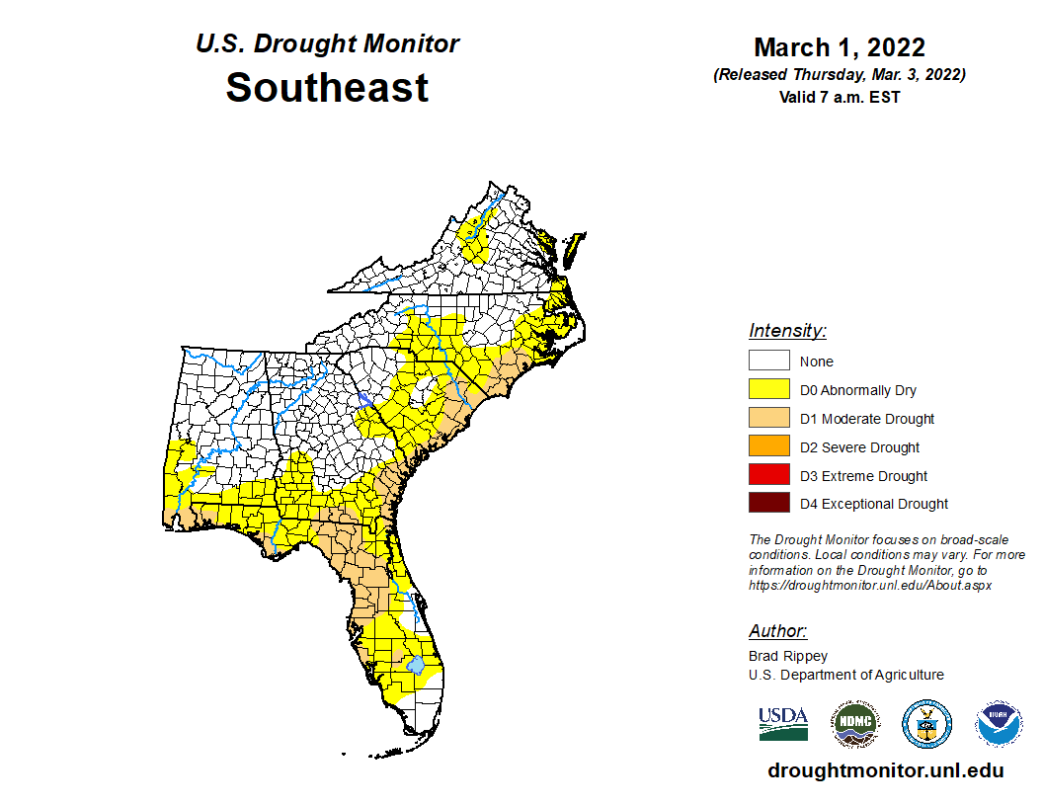 The abnormally dry conditions are sweltering across much of the Southeast, according to Thursday’s release of the U.S. Drought Monitor.

Most of Florida is either abnormally dry or moderately dry. The conditions are worse in the north-central part of Florida, in Jefferson, Madison and Hamilton counties and extending southward to Pinellas, Pasco and Hillsborough counties.

In Georgia, the moderate dry conditions are in the southern part of the state, from Thomas County eastward to Echols and Clinch counties. They dry weather is also felt along the Atlantic coast from Camden County northward to Chatham and Effingham counties.

The southern parts of Mobile and Baldwin counties in Alabama are moderately dry, while most of the southern region of the state is abnormally dry.

South Carolina’s moderate dry conditions are isolated to the eastern part of the state, from Jasper County northward to Darlington, Marlboro, Dillon and Marion counties.

The moderate drought in North Carolina is found in the southeast area of the state, from Brunswick County northward to Lenoir and Jones counties.