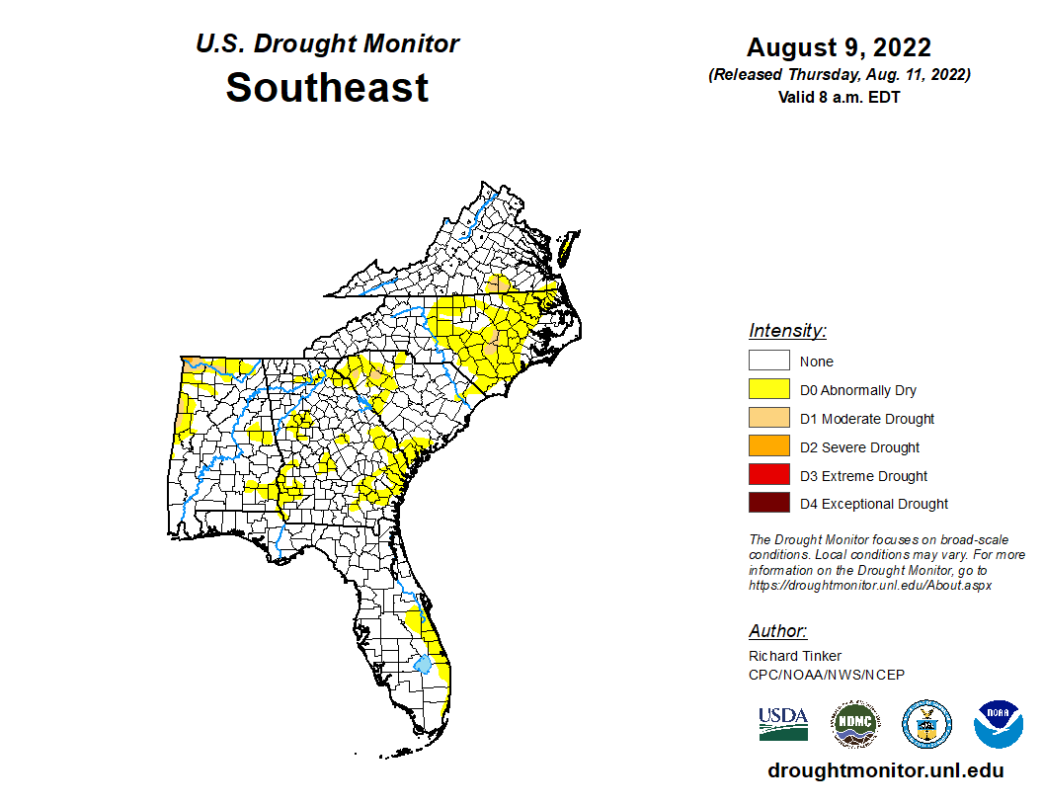 Rainfall has helped alleviate some of the dry weather being felt in Georgia, Alabama and Florida, though abnormally dry conditions remain in multiple counties, according to the U.S. Drought Monitor.

Alabama’s driest conditions are still observed in the northern part of the state and along the Alabama-Mississippi state line. Pickens, Lamar, Colbert and Limestone counties are moderately dry. Lauderdale County is severely dry in the northwest part of Alabama.

An area in Florida stretching from Orange County southward to Miami-Dade County along the Atlantic Coast is abnormally dry as well.

Increased rainfall in South Carolina has helped alleviate much of its dry conditions. Its driest area remains in the western part of the state. Laurnes, Spartanburg and Anderson counties are moderately dry.