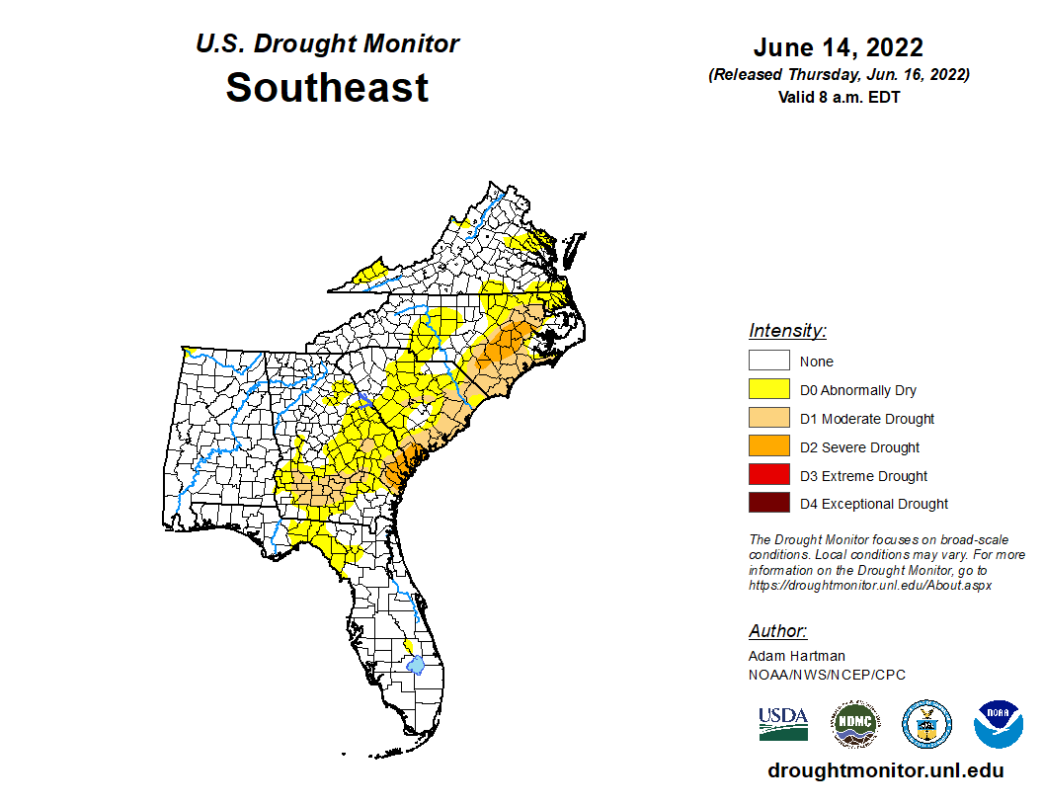 The drought in Georgia intensified over the past week, while there are only sporadic locations of abnormally dry conditions in Alabama and Florida, according to the U.S. Drought Monitor.

Georgia’s dry conditions encompass most of the southern region of the state and stretch as far north as Franklin and Hart counties in Northeast Georgia. Multiple areas are even observing moderately dry conditions, including Calhoun, Baker and Mitchell counties in the southwest region and stretching eastward to Toombs and Appling counties.

The worst areas are along Georgia’s East coast. Effingham, Chatham, Bryan, Liberty, Long and McIntosh counties are all severely dry.

The only abnormally dry conditions in Florida are concentrated in the northern region, as far north as Gasden, Leon, Jefferson and Madison counties, stretching southward to Dixie and Levy counties.

Dry conditions are intensifying in South Carolina where more of the central area is abnormally dry.

Most of North Carolina’s drought conditions are in the eastern part of the state.