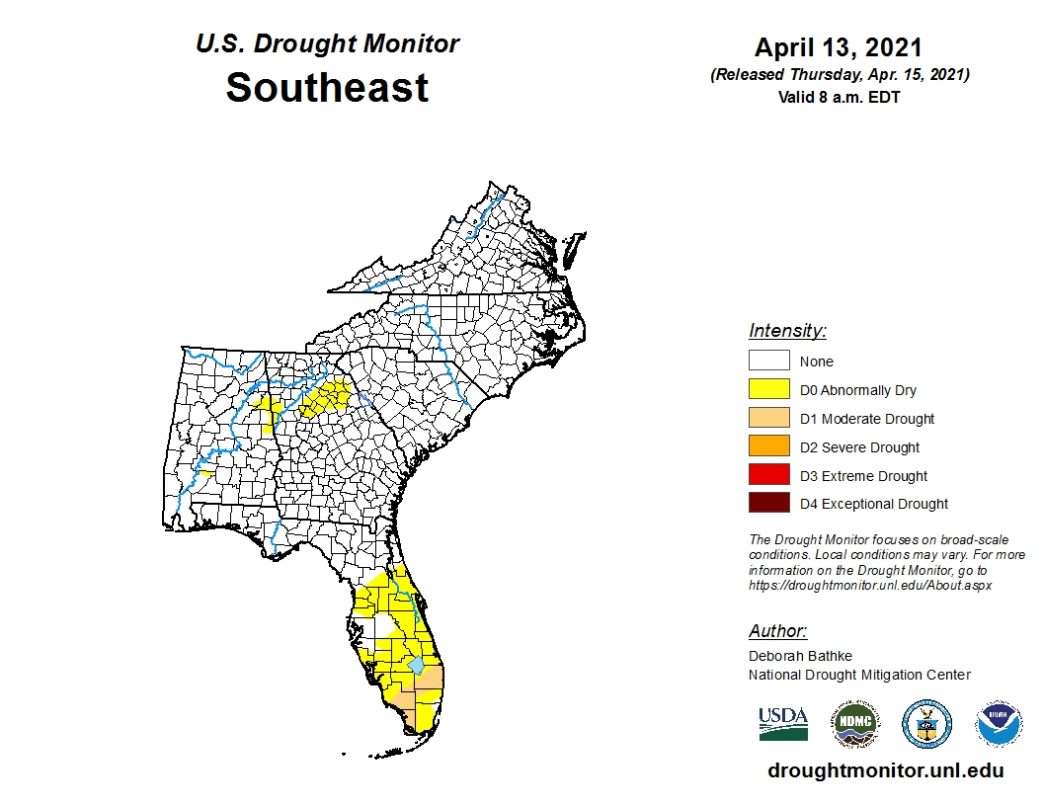 South Florida received a substantial amount of rainfall last weekend, but it still remains dry across the region. According to the Thursday’s release of the US Drought Monitor the majority of south Florida and parts of central Florida are abnormally dry. Even counties like Monroe, Collier and Palm Beach are classified ‘D1’ or in a moderate drought.

South Georgia still has enough moisture from the excessive rains it received in February. There are about 20 counties in north Georgia that are abnormally dry. They start in Henry County and Clayton County and extend as far east as Elbert County and Hart County.

There is also a few counties that abnormally dry along the Georgia-Alabama line. They include Haralson County, Carroll County and Heard County.

In Alabama, the abnormally dry counties are Cleburne County, Randolph County and Chambers County along the Georgia-Alabama state line. There is a small portion that is abnormally dry in Monrore County and Wilcox County.