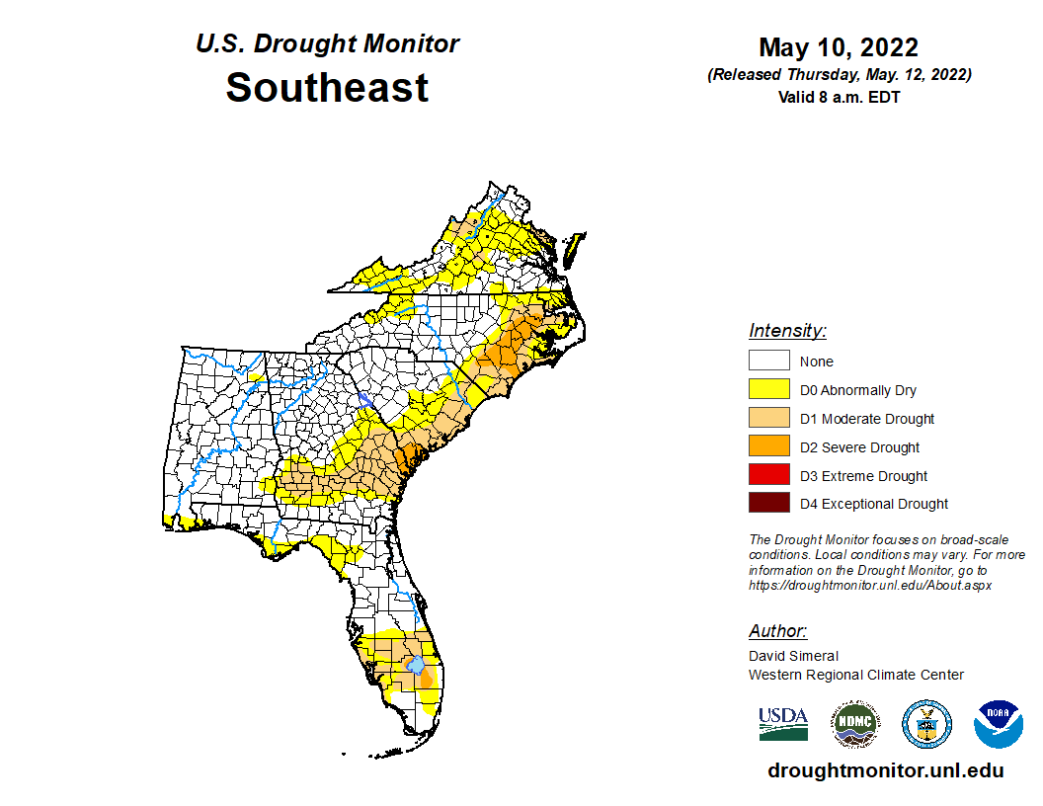 Drought conditions are worsening and expanding in areas across the Southeast, according to Thursday’s release of the U.S. Drought Monitor.

The worst conditions in Florida reside in the southern region of the state. From Hillsborough, Polk and Osceola counties to as far south as Broward and Miami-Dade counties, the areas are either in an abnormal drought or moderate drought. Parts of Glades County and Palm Beach County are in a severe drought.

The southern region of Georgia remains dry, though the worst conditions are concentrated to the southeast area of the state. It is mostly moderately dry, though Effingham and Chatham counties are severely dry. The abnormally dry conditions stretch as far north as Warren, McDuffie and Columbia counties.

Only a couple of areas in Alabama remain abnormally dry, including the southern halves of Mobile and Baldwin counties along the Gulf of Mexico. Dry conditions are also observed in Henry County and parts of Barbour and Dale counties in Southeast Alabama as well as parts of Dekalb and Cherokee counties in Northeast Alabama.

All of the eastern region of South Carolina is either abnormally dry or moderately dry, though Jasper and Beaufort counties are severely dry. The eastern region of North Carolina is dry as well, though multiple counties are severely dry, including Pender, Duplin, Sampson, Bladen, Cumberland, Wayne, Lenoir, Greene, Pitt, Wilson, Edgecomb, Martin and part of Bertie County.