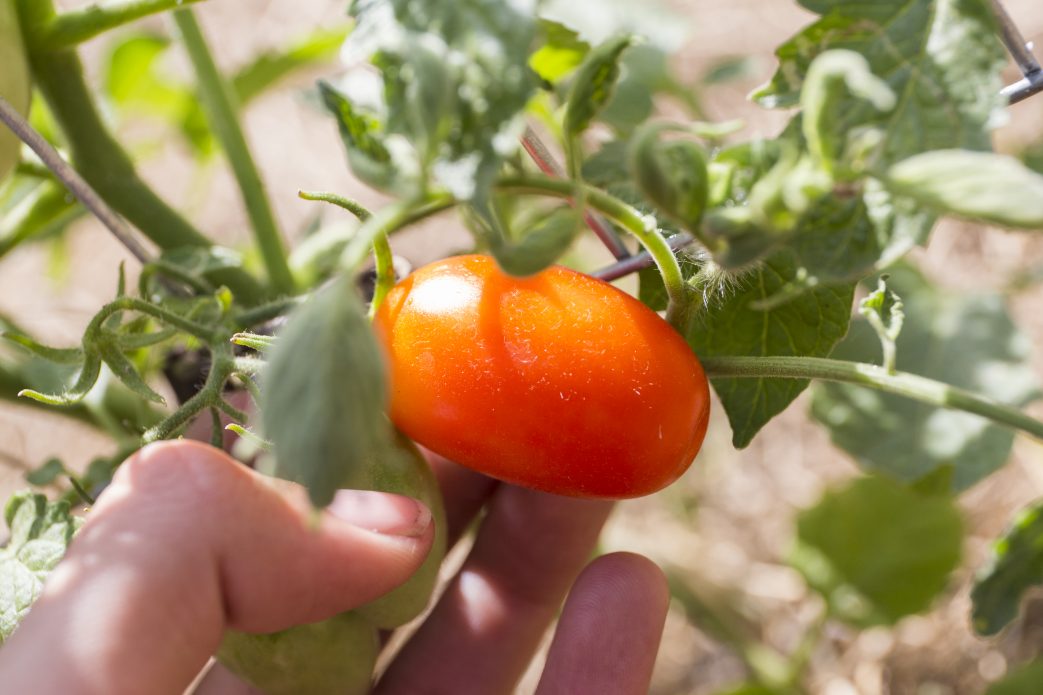 (UF/IFAS) — New technology being developed by University of Florida scientists identifies two dangerous tomato diseases with 99 percent accuracy. This finding is critical because diseases can cost growers millions of dollars annually in the state’s third most valuable crop. Thus, the earlier farmers detect those ailments, the better their chances of treating them before the diseases cause excessive damage.

Normally, growers walk through their fields and look at their crops to try to find and identify the types of diseases that have befallen their crops. Sometimes disease identification requires expertise that the farmer may lack.

To help tomato growers — and perhaps eventually other farmers — find diseases early and accurately, two University of Florida Institute of Food and Agricultural Sciences (UF/IFAS) researchers used images from drone technology to see if they could distinguish between two perilous tomato diseases.

For the new study, Roberts and Yiannis Ampatzidis, researchers at the UF/IFAS Southwest Florida Research and Education Center, flew drones over experimental tomato farms at the facility. The unmanned aerial vehicles took images of the crop and, from those pictures, the scientists were able to identify the diseases.

Through technology called a “multilayer perceptron neural network,” the scientists differentiated between bacterial spot and target spot, and did so with nearly perfect accuracy, Roberts said.

If not detected early enough, these diseases might damage crops. For example, target spot can cause up to $3.5 million a year in tomato damage, according to previous UF/IFAS research that showed a 30 percent yield loss each year on an average farm.

“If any of these diseases get bad enough, the grower might have to walk away from the field,” Roberts said. UF/IFAS researchers believe the new technology will help farmers keep their crops intact.

The new UF/IFAS study is published in the journal Precision Agriculture.