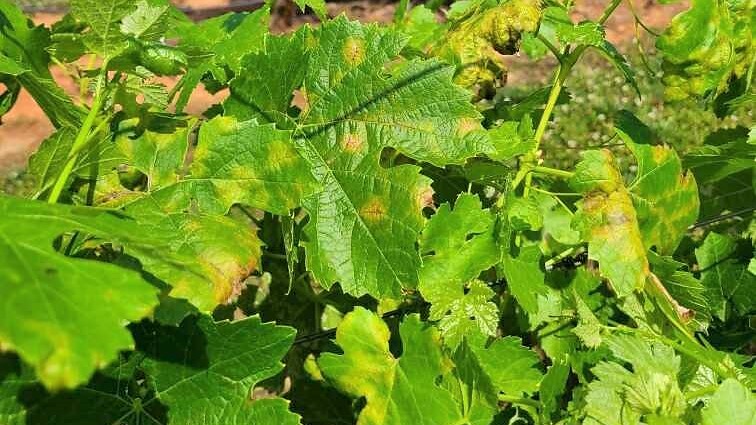 Increased rainfall this summer has one Alabama plant pathologist concerned about downy mildew disease on the state’s pumpkin crop. Ed Sikora, professor and Extension plant pathologist in the Department of Entomology and Plant Pathology at Auburn University, says growers need to be wary of the disease since the weather is conducive to its development.

“I would say the main thing, vegetable wise, is downy mildew on pumpkins, winter gourds. I have some cucurbit downy mildew sentinel plots around the state. We had a build-up of the disease during the summer, but now with these fall crops and the cooler temperatures and the amount of inoculum out there, the disease is putting a lot of pressure on the growers and their crops,” Sikora said.

Cucurbit crops like pumpkins and squash are susceptible to the disease. It can destroy plant foliage and cause the leaves to curl and die. The pathogen thrives in wet, humid conditions and requires moisture on the plant surface for spore germination and future infection.

Sikora stresses that growers apply protectant and systemic fungicides as part of their spray management program.

“Typically, I would suggest a protectant program but right now with the way the disease looks in some fields I’ve been into, they really need to get into it with more systemic materials; maybe a combination of a protectant and a systemic, and probably on a one-week cycle, as long as the weather continues the way it’s going,” Sikora said. “Basically, a weekly spray program, especially if the disease is already present. Once the disease gets started, you really need to add a systemic material in there.”

Growers can reference the Southeast Vegetable Crop Handbook for what fungicides to apply.