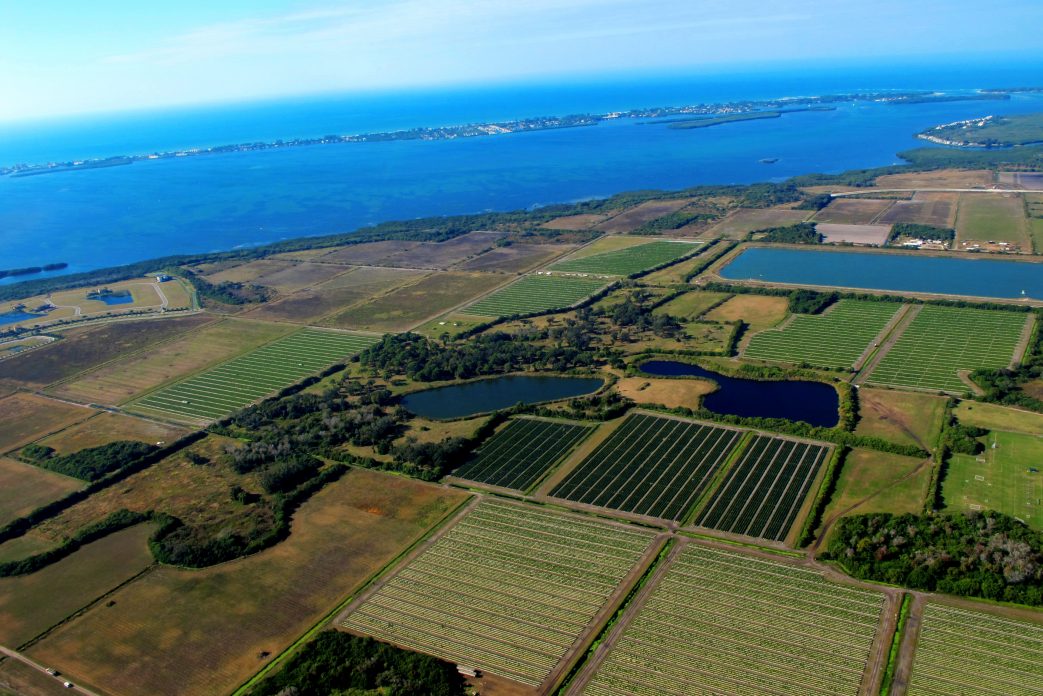 Though most agricultural production in these counties occurs 10 miles or more inland, crops could be lost to high winds, standing water, infrastructure damage or other conditions created by the storm, said economist Christa Court, director of the Economic Analysis Program for the University of Florida Institute of Food and Agricultural Sciences.

“Our assessments following Hurricane Irma and Hurricane Michael demonstrated that it does not take hurricane-force winds to create crop losses,” said Court, an assistant professor with the UF/IFAS food and resource economics department. “After those hurricanes, we observed crop losses ranging from 5 to 50 percent in areas where the sustained wind speeds never got above ‘tropical storm’ level, which is 39 to 73 miles per hour. The higher loss percentages were usually associated with both wind and flooding.”

Court said it’s too early to know just how closely the storm’s eye will approach Florida or how much damage the storm will cause. However, Dorian could impact counties in eastern Florida because bands of wind and rain can extend outward many miles from the eye as the storm rotates, she noted.

“Altogether, the crop, livestock, forestry and fisheries industries in these counties had $3.2 billion in sales revenues in calendar year 2017, which was the most recent year analyzed,” Court said. “During the same year, these industries supported more than 39,000 full-time and part-time jobs in Florida.”

Although much of the state’s coastline is heavily developed, interior Florida is home to robust agricultural and natural resources-based industries, many of which are associated with particular locations or growing conditions, Court said. Consequently, Hurricane Dorian could impact a variety of enterprises.

Miami-Dade County is also home to more than 10,000 acres of greenhouse and nursery crop production, and about 6,000 acres of non-citrus fruits, including a large percentage of U.S. tropical fruit operations, Court said.

Of all 12 coastal counties, Palm Beach County has the greatest agricultural acreage – roughly 400,000 acres, including about 375,000 acres of sugarcane, she said. Most of the county’s sugarcane is grown along the southeastern shore of Lake Okeechobee, and the year’s crop is typically harvested beginning in late October – meaning that maturing plants are at risk now.

Citrus, the state’s signature crop, is grown in five counties along the southern portion of Florida’s Atlantic coast, with almost 70,000 acres in production, said UF/IFAS citrus economist Ariel Singerman, an assistant professor with the UF/IFAS Citrus Research and Education Center in Lake Alfred.

Michael Rogers, director of the Citrus REC, noted that Florida grapefruit producers are still recovering from the impacts of Hurricane Irma in 2017, meaning that recovery efforts from Dorian will be critical.

“As with all UF/IFAS personnel, our citrus experts are hoping for the best but we’re prepared for the worst,” Rogers said. “Once the storm has passed, if growers need assistance with storm recovery, please reach out to your local UF/IFAS Extension agent, we’re here to help in any way that we can.”

Further north, Flagler and St. Johns counties have significant acreage devoted to cabbage and other brassica crops, which are usually planted beginning in September and could be impacted by heavy rains. The county also has numerous sod-producing operations and because sod can take 6 to 24 months to reach maturity, if standing water accumulates in local sod fields it could harm the crop, said Prissy Fletcher, a UF/IFAS Extension commercial agriculture agent in St. Johns County.

Also in St. Johns County, producers growing Asian specialty vegetables are concerned not only for their plants – bitter melon, Chinese okra and longbean – but also for the poles and trellises installed to support them. Though Asian vegetables occupy only 80 acres countywide, revenues from these crops can top $10,000 per acre, Fletcher said.

“Growers are currently harvesting the crops and many vines that are not yet mature will likely be lost due to the storm,” Fletcher said.