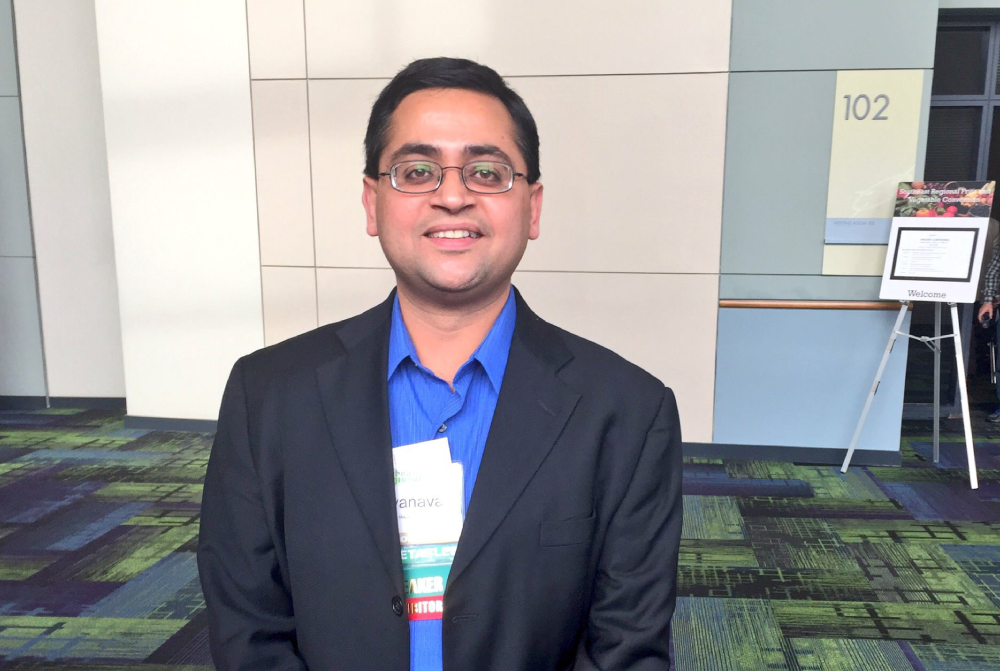 Ayanava Majumdar, a vegetable entomologist at Auburn University, recently spoke at the Southeast Regional Fruit and Vegetable Conference on the benefits of trap crops to fend off pests.

Trap crops are decoy crops that distract pests before they can attack production crops. The trap crop can be the same species as the main crop, or it could be completely different. However, the trap crop must be grown earlier than the main crop to ensure that the insects flock to the trap crop.

Majumdar has tested blue hubbard squash as a trap crop. He found the squash is useful for trapping cucumber beetles, squash vine borers and squash bugs. Majumdar also found some trap crops for stink bug management, including buckwheat, okra, green bean, sunflower and sorghum. He added that tomatoes can be a useful trap crop to protect production tomatoes.

For larger farms, Majumdar recommends staggering the planting of the trap crops. The more trap crops you plant, the less pests will get into your production crops.

Majumdar believes trap cropping has great potential and recommends that organic and small farms use this strategy. “Trap crops are a clever strategy that uses (the pest’s) behavior to our advantage,” he said.