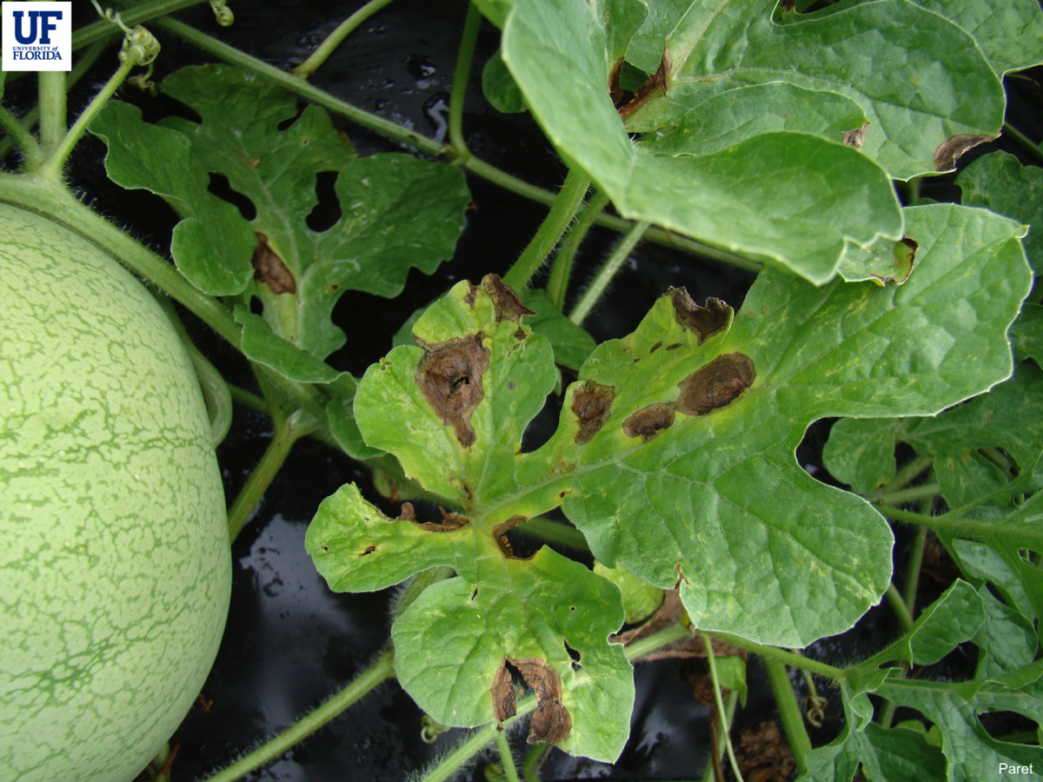 Downy mildew disease has yet to make an appearance in North Florida watermelons this year.

“We’re keeping a really close eye on (downy) because that’s the next one that if we don’t have to face that one, that would be awesome. It’s an expensive treatment, and the treatments only affect downy. They don’t help us on anything else,” Hochmuth said.

No confirmed cases have been reported in the Suwanee Valley area.

Other diseases remain a priority as well. Increased incidences of gummy stem blight disease have Hochmuth cautioning growers about their fungicide applications.

“I think that’s what seems to be making a little bit of a surge. The weather has been in our favor for the most part. Nothing seems to be too scary and taking off but whereas before, we only had a handful that came in on the transplants, now it’s a little bit more than that,” Hochmuth said.

Inspire Super provides excellent control, while Luna Experience another good option for gummy stem blight. Both applications need to have a seven-day pre-harvest interval. As producers get to 7 to 10 days from initial harvest, they may want to use one of these materials it’s a challenge to adhere to a 7-day pre-harvest interval after harvests have commenced.

Hochmuth also advises growers to stay on their powdery mildew preventative fungicide programs. Producers should rotate between Quintec and Procure along with a broad-spectrum fungicide like Mancozeb or Chlorothalonil if gummy stem blight is not present.

“We’re trying to give them advice to where once we start seeing things early on, because we’ve got the perspective of the whole region rather than just an individual field, we can give them a pretty good idea of what to look out for,” Hochmuth said.