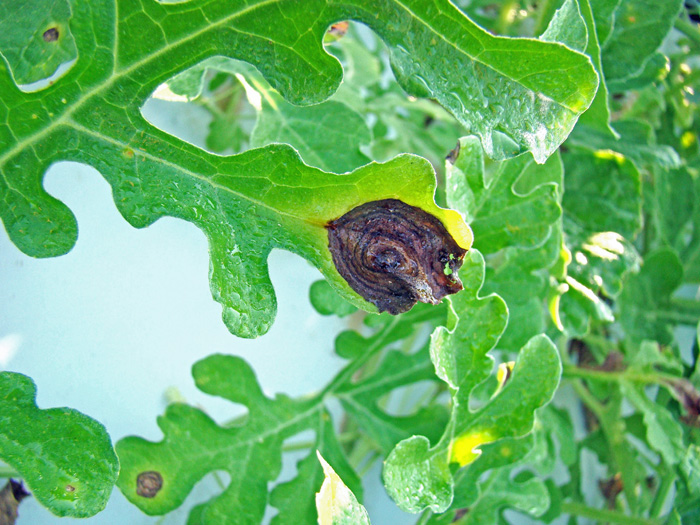 The combination of increased rains and harvest equipment moving through the fields provides better potential for the disease to spread, says Bob Hochmuth, University of Florida Institute of Food and Agricultural Sciences (UF/IFAS) regional specialized Extension agent in Live Oak, Florida, in his weekly email.

Growers’ best option for controlling gummy stem blight during harvests is using Aprovia Top. It is comparable to Super but has a 0-day pre-harvest interval, compared to seven days for Super.

“I would say the main thing we’re seeing right now is gummy stem blight. It is the disease of choice,” Hochmuth said. “It’s not that we don’t have these other ones that we’re concerned about, but I think the guys have gotten on a good early spray program and have been able to avoid any of those other ones sneaking in on them. There’s not a whole lot to worry about on powdery mildew and not a whole lot to worry about on downy mildew.”

Producers of watermelons should continue to scout regularly for downy mildew and powdery mildew. Both have been observed in the region but have not been widespread. Watermelon crop fields that are disease free may not need to be sprayed as growers near their final week. But farmers should assess their fields to make those choices.