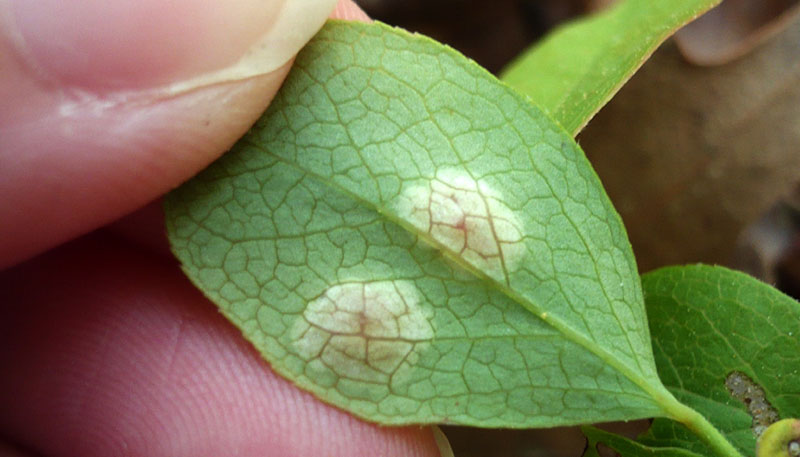 In 2019, Georgia blueberry production rebounded from the effects of the devastating late freezes in 2017 and 2018. Nonetheless, blueberry producers in the southeastern United States must contend annually with environmental factors such as heat and humidity that can provide an ideal climate for the development of disease issues.

For blueberry production, growers frequently rely on the use of fungicides to manage diseases. Many fungal pathogens are known to develop resistance to fungicides with repeated use, so it is essential for growers to rotate available modes of action and discontinue the use of modes of action that are no longer effective.

In 2019, toward the end of the southern highbush harvest in southeastern Georgia, a few growers reported an increase in anthracnose ripe rot on blueberry. From the impacted fields, the Tifton fruit pathology laboratory isolated the causal fungus (Colletotrichum gloeosporiodes). The isolates were screened for resistance to common fungicides. This screening indicated that these isolates had high levels of resistance to the fungicides pyraclostrobin and boscalid. As both fungicides are components of a product (Pristine) commonly used by Georgia blueberry growers for control of anthracnose, this result represents a significant concern for ripe rot management in Georgia.

Furthermore, genetic testing indicated that these isolates possessed a mutation commonly associated with resistance to QoI (strobilurin) fungicides, suggesting resistance to other QoI fungicides like azoxystrobin, which are also commonly used to control ripe rot on blueberry. This finding represents the first time that QoI-resistant Colletotrichum sp. were identified in Georgia blueberries. It remains to be determined how widespread this resistance is within Georgia blueberry fields.

In Florida, where such resistance has been identified previously, many growers have been forced to rely on a rotation of fungicides from other modes of action such as Omega (fluazinam), Switch (cyprodinil and fludioxonil) and Captan (captan) to manage ripe rot in blueberries. Efficacy testing of additional fungicides with activity against QoI-resistant Colletotrichum sp. is underway, and Georgia growers are encouraged to integrate non-QoI fungicides, such as captan, into their ripe rot management program.

Understanding the impact of optimal spray timing for control of blueberry diseases can directly impact disease management and minimize the need for excessive applications. Prior studies on the management of Exobasidium leaf and fruit spot at UGA have shown that a single application of lime sulfur or calcium polysulfide in the late dormant period can provide effective control of this disease.

Unfortunately, applications of dormant oil (applied to control insect pests) can have the opposite effect, and result in significant increases in Exobasidium disease severity and incidence. As growers commonly apply multiple materials during the dormant period, the relationship between disease development and the timing of late dormant applications (dormant oil and lime sulfur) was investigated in UGA trials in 2018 and 2019. These trials showed that applying both dormant oil and lime sulfur (two weeks apart) in the late dormant period resulted in poorer Exobasidium leaf and fruit spot control than lime sulfur alone.

Jonathan Oliver is an assistant professor and fruit pathologist at UGA in Tifton, Georgia.