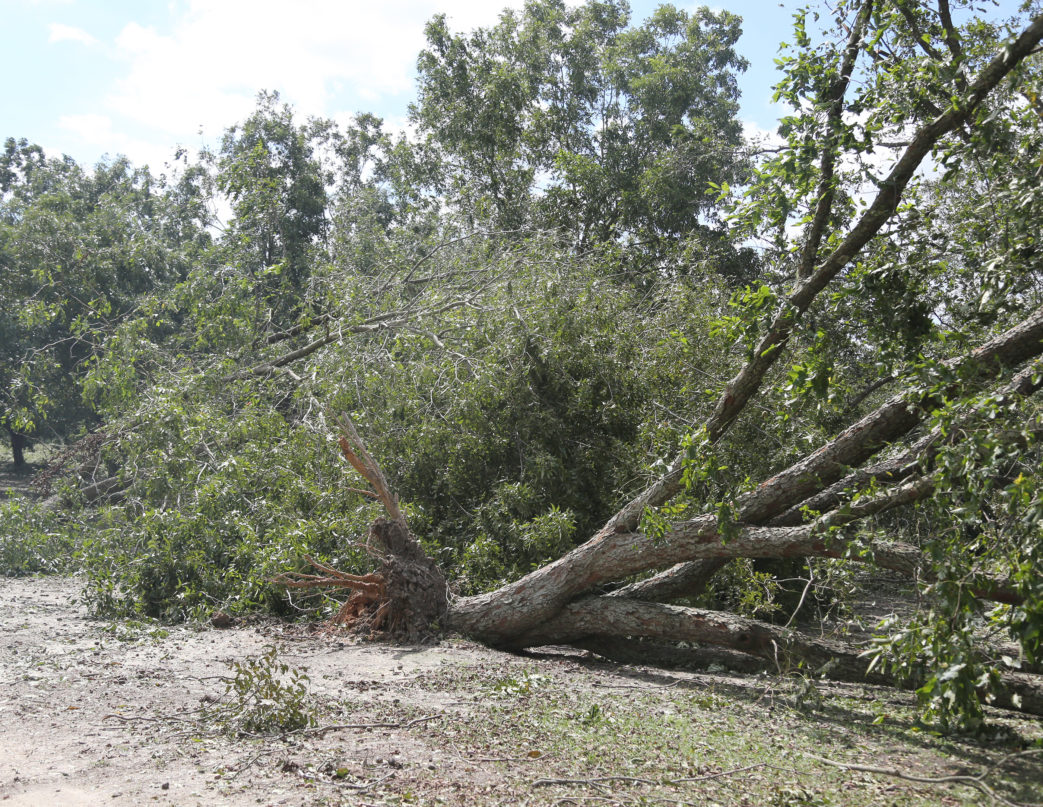 Southeast Alabama may be a small sample size of pecan production in the state, but its lower-than-normal crop epitomizes what growers are feeling statewide – the crop was diminished substantially this season.

“It was a tough year,” said Neil Kelly, Alabama Regional Extension agent in Southeast Alabama. “Overall production is going to be real light. It’s also not going to be real high-quality production.  The year we had with the amount of rainfall, disease pressure was high. ”

Persistent rains this summer diminished the quality and quantity of pecans in Alabama and Georgia. But trees in the southeastern sector of the state where Kelly oversees – including Barbour County, Bullock County, Coffee County, Covington County, Crenshaw County, Dale County, Geneva County, Henry County, Houston County and Pike County – are still recovering from Hurricane Michael in 2018. That contributed to this season’s decreased production.

“We still have trees broken up, obviously from Michael. We still have trees that have storm damage that are trying to recover and regrow,” Kelly said. “It’s a perennial crop.  They might have 20- or 30-year lifespans or more. You knock those trees down, and you just don’t get them back overnight. It’s not like you can go plant another crop of peanuts or another cotton crop the following year.”

“Our trees are so broken up and all. We had as good of a crop as you could have last year. It just didn’t come back,” Cohen said.