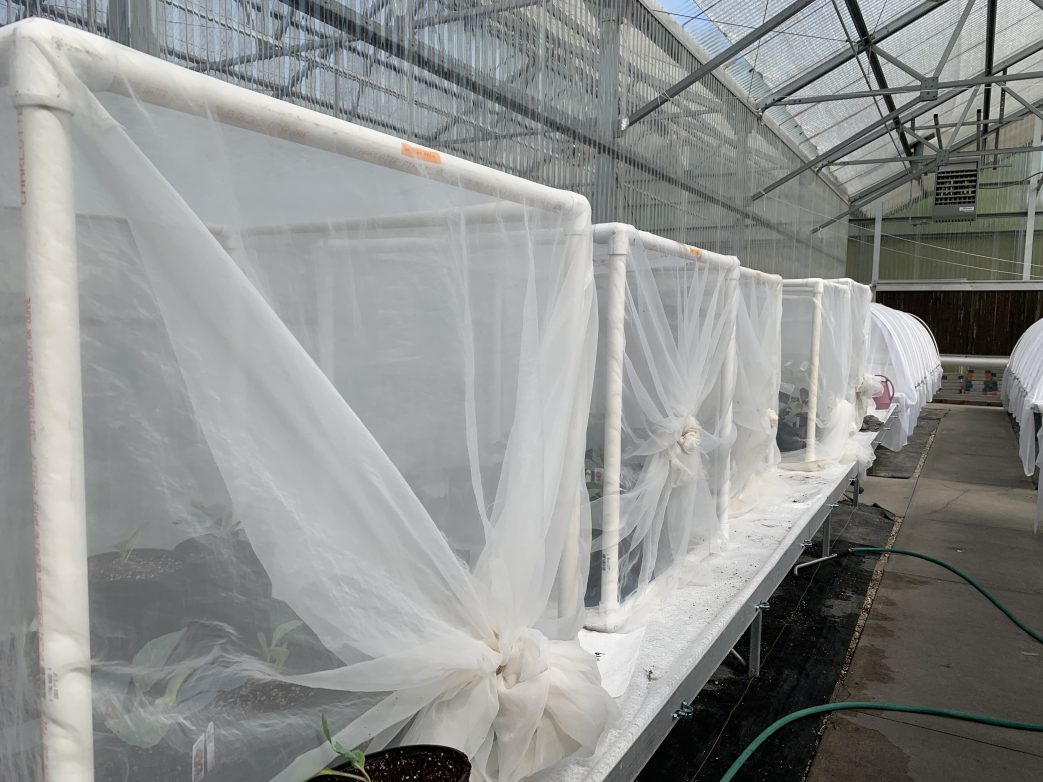 Diamondback moth (DBM) has been a menace for brassica growers around the globe for decades. After a major outbreak in 2016, the issue became much more prevalent in Florida and Georgia. So, researchers from the University of Florida (UF) and the University of Georgia (UGA) have recently been studying how resistant these pests have become to commonly used insecticides.

Hugh Smith, entomologist at the UF Institute of Food and Agricultural Sciences Gulf Coast Research and Education Center (GCREC), says DBM causes damage typical of a caterpillar. Its exclusive host is any brassica. In Florida, cabbage is most widely impacted.

A big problem for Florida cabbage growers is that the cabbage season is several months long, and there are multiple cropping cycles. “The DBM is attacking in that first planting and being exposed to the insecticides. And as it gets ready to attack future plantings, resistance is already developing,” Smith explains.

Due to the increasing threat of resistance, David Riley, an entomologist from UGA, is spearheading a project to test how resistant DBM is to certain products. Smith is also partaking in this project. Smith currently has several cabbage plants from throughout Florida in one of his greenhouses at the GCREC. He keeps the plants in netted cages so the DBM (larvae to adults) can stay locked in.

The project is still in its beginning stages, so results are not yet ready to be reported. For now, Smith recommends keeping the focus on good insecticide programs and healthy transplants. Growers should be inspecting transplants for DBM populations before planting. Having a sound insecticide program in place before the season is always a good practice. “Growers will want to focus on not overusing one particular insecticide and have a plan on how to avoid that (resistance),” Smith concludes.