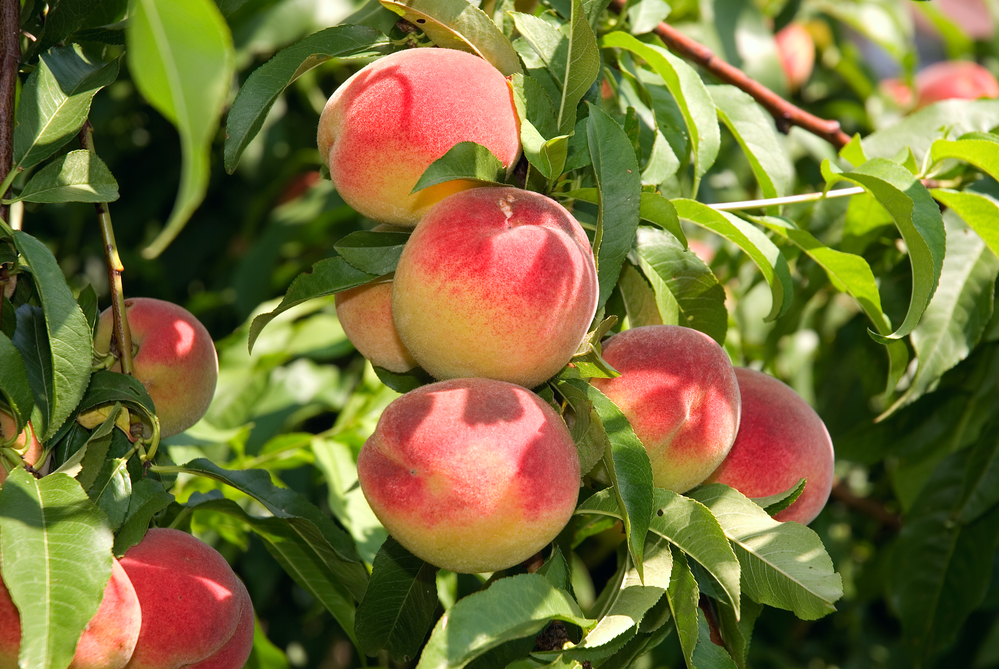 According to researchers at the University of Georgia (UGA), supplemental irrigation can have a significant impact on peach tree growth.

When Dario Chavez, assistant professor of peach research and Extension, started his research with UGA in 2014, he noticed that most growers were not irrigating their young peach trees in newly established orchards. Fruit production begins after three years of field establishment, so during this period initial plant growth was relying solely on rainfall. With the increased frequency of droughts, Chavez became interested in examining the effects of supplemental irrigation on fruit production.

Chavez established a new orchard to study the effects of irrigation on young peach trees. Two irrigation levels were tested: no irrigation and optimum supplemental irrigation.

“Being in the southeastern U.S., everyone thinks that rainfall is frequent and that should be enough for the young trees. However, that is not true,” Chavez says. “If you have a drought in the middle of the growing season, it is going to stress the tree and limit its growth.”

Since the research orchard’s establishment, yield results have been collected for three years. On average, the trees that have been irrigated produce 50 pounds more fruit compared to the non-irrigated trees.

“I know that the hit of having irrigation installed in the first year increases establishment costs,” says Chavez. “However, the long-term effects are worth it.”

With the increase in yields, growers will be able to pay off their investment in irrigation. Keeping trees and their fruiting wood in optimal conditions is crucial because this is what produces the fruit for the upcoming year. Growers can think of it as investing in their future, says Chavez.

Chavez and his team at UGA are part of a collaborative effort to develop a SmartIrrigation application for peach growers that will be accessible on smartphone devices.

The peach SmartIrrigation app is a tool that will allow growers to set up a personalized irrigation schedule right from their smartphones.

With the growing price of fuel and potential restrictions on irrigation water, the app will also be useful for increased sustainability by providing at-your-fingertips knowledge for improved irrigation practices.

“We are very excited about this,” Chavez says. “Sometimes it’s difficult to assess how much irrigation to put in, so having something simple like this can really help.”

The peach SmartIrrigation app is still under development, but growers can expect to have access to the app soon.