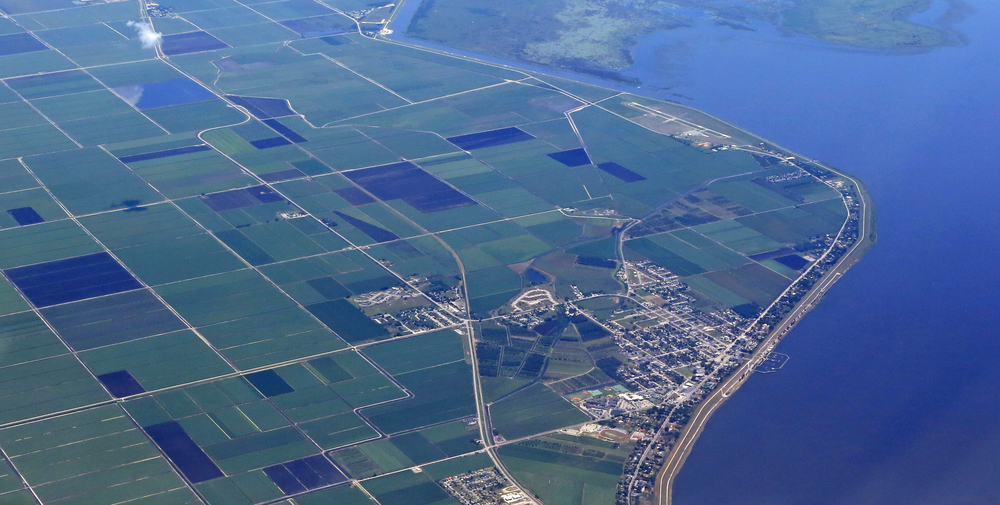 (NSF) — Gov. Ron DeSantis backed a controversial reservoir being built in the Everglades while announcing the state will use a pool of environmental money to help Miami-Dade County protect Biscayne Bay from continued degradation.

DeSantis said his office will continue to support the $1.6 billion Everglades Agricultural Area reservoir, which was approved by the Legislature in 2017 but has recently been questioned by new Senate President Wilton Simpson, R-Trilby. DeSantis addressed the issue as he outlined plans to provide a $10 million match for local efforts to restore Biscayne Bay.

“The EAA reservoir remains a top environmental priority for my administration, and we look forward to pressing ahead as quickly as possible,” DeSantis said while at Bill Baggs Cape Florida State Park in Key Biscayne.

Simpson, during a Florida Chamber of Commerce event on Dec. 8, described the man-made lagoon — intended to redirect water south from Lake Okeechobee — as a “mistake.”

Simpson, who became president last month, added that as lawmakers face a $3 billion to $4 billion shortfall in the next budget, the state “probably should stop building” the reservoir.

The 2017 law provides $64 million a year for the reservoir, requiring it to be built on state-owned land rather than private farmland in the Everglades Agricultural Area. The law also allows Florida to boost funding for the work by issuing up to $800 million in bonds.

The state anticipates half the funding for the work to come from the federal government.

Simpson said the state’s approach to improving water quality in South Florida should be through deep injection wells on the north side of Lake Okeechobee, where more water enters the lake.

The reservoir was pushed by former Senate President Joe Negron, R-Stuart, because water discharged from the lake into waterways to the west and east was causing algae problems.

DeSantis on Monday called the reservoir “one of the most important Everglades restoration projects in history.”

DeSantis went to Biscayne Bay to highlight work that will be undertaken to protect the bay, with the state money matching funding by Miami-Dade County.

“In the coming weeks, the county and state will work collaboratively to identify worthwhile projects and pursue them without delay,” DeSantis said.

Money for the match is coming from $625 million in the current fiscal year budget for water projects and the Everglades.

Miami-Dade County Mayor Daniella Levine Cava, a Democrat, said the bay, vital to the region’s tourism, has been in a near collapse for years. That stems from nutrient pollution, in part due to a historic over-reliance on septic systems rather than sewers, and the region’s aging water system infrastructure.

“We’ve seen the impacts of this crisis firsthand, especially in recent months,” Levine Cava said. “Our seagrass meadows are in retreat. There are algae blooms that are plaguing the formerly crystal-clear waters, and the fish kills were literally bringing the crisis off our shores vividly to the surface, all too recently. And our beautiful coral reefs are in jeopardy as well.”

Miami-Dade County has already proposed six projects that will cost about $5 million. Among those projects will be converting some homes and businesses from septic tanks to sewer systems and helping scientists understand Stony Coral Tissue Loss Disease, which has affected the region’s coral reef system.