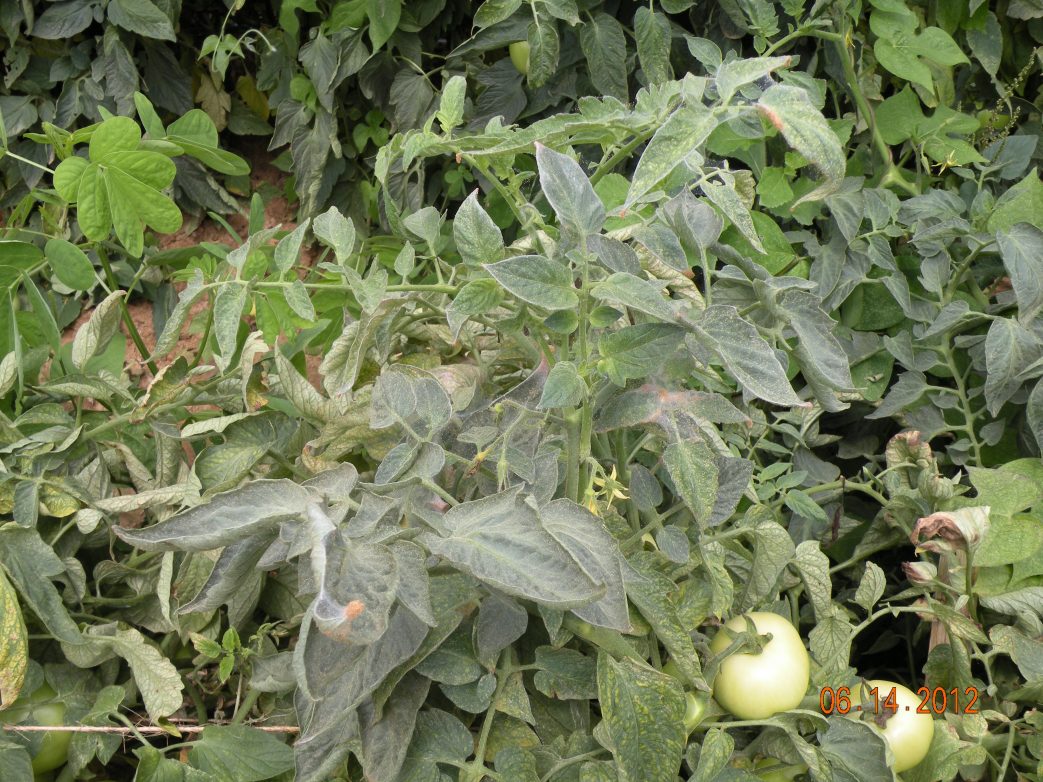 Spider mites will feed on crops when the weather is hot and dry, but growers should use cultural control tactics before considering pesticides.

“They will go between crops; some of them go from crops to ornamentals and other fruits,” Majumdar says, noting that the most common mites are the two-spotted spider mites and the russet mites. “They have a very broad host range.”

While pesticides certainly are efficient at getting rid of spider mites, it’s important to remember that the good spider mites live among the bad ones and that spraying should be held off as a last resort because of this. Pesticides can kill the good mites and make the problem worse.

According to Majumdar, growers need to consider irrigation practices and plant stress when dealing with spider mites. He says that large machinery creates dust clouds where spider mites can hitchhike on equipment to their crop destination. Majumdar stresses the difference between miticides and insecticides is that the latter will kill anything it touches.

Another consideration when spotting spider mites is that the presence of chewing pests, like caterpillars, will cause the worst outbreaks. A well-rounded caterpillar control method in hot and dry weather would be to spray with a miticide over a pesticide, he advises.

“Usually spider mite materials are very selective, and that’s why they’re expensive,” Majumdar says. “You may still have to go back and control other insects with insecticides because of the specificity of these products.”

Organic produce growers aren’t necessarily left out of the control methods available to dealing with spider mites. Majumdar says that researchers have been looking at ways to control insects in organic crop production.

“It’s one of the limiting factors of organics — insect disease and weed control,” Majumdar says. “We use a lot of these alternative insect control methods like trap cropping … bioinsecticides … but again, in Florida, Georgia and Alabama, we have such a unique climate that we need to test (these products).”