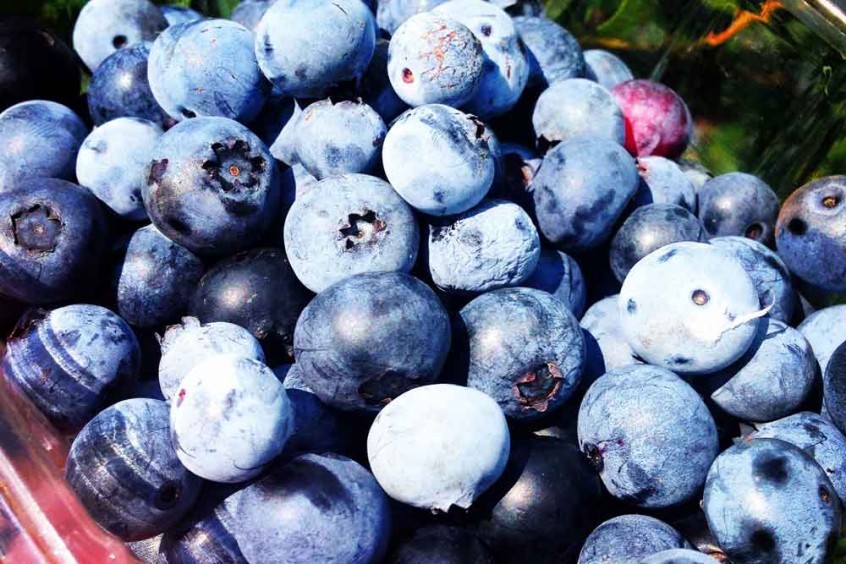 Blueberry growers in Georgia may have to manage new and unwanted effects on their fruit when dealing with diseases.

Jonathan Oliver, the small fruit pathologist and Extension specialist at University of Georgia, discussed the best way to treat Exobasidium leaf and fruit spot of blueberry with lime sulfur. Applications of lime sulfur during the dormant period have been shown to effectively control Exobasidium. However, dormant-period applications of Damoil can have the opposite effect on Exobasidium and can actually increase the number of fruit and leaf spots caused by this disease.

“Often, growers are applying Damoil, or dormant oil, during the dormant period for scale insect control,” Oliver said. “When [lime sulfur and Damoil] are applied within two weeks of each other … the application of the Damoil can negatively impact the control [of Exobasidium] provided by the lime sulfur treatment.”

“Based upon one year of data, our recommendation is that those applications [of lime sulfur and Damoil] should be spaced out further,” Oliver said. “The Damoil should ideally be applied earlier in the dormant period, if possible, to maximize the control provided by lime sulfur.” Otherwise, the effectiveness of lime sulfur for controlling Exobasidium will be compromised.

Oliver also discussed the recent identification of a novel bacterial strain that can cause bacterial leaf scorch of blueberry. Research is underway to determine how this new strain of the bacterial pathogen Xylella fastidiosa will affect crops in the future. From what studies show about the strain’s potential for causing damage to blueberry, there is still some more work to be done before any conclusions can be made.

“We don’t know enough about this new strain yet to make updated recommendations regarding bacterial leaf scorch management,” Oliver said. “We’re still working on that, trying to understand what the impact of having two different strains on blueberry will have on the development of new strains, maybe more or less virulent than the strains that already are present.”