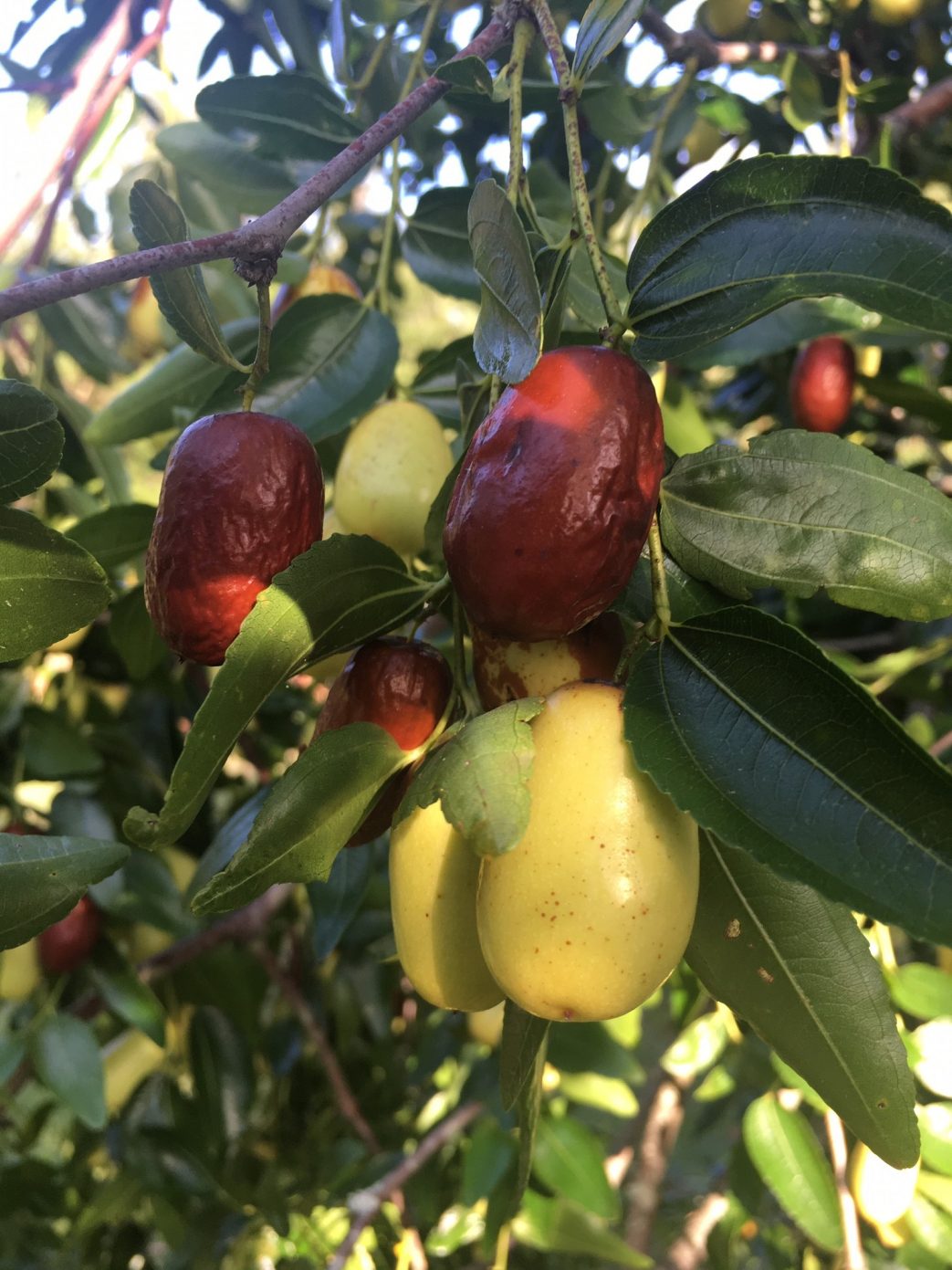 I was glued to an uncomfortable seat in a rickety van, speeding down a marginal Chinese highway. A group of scientists ventured out for a day trip, from Wuhan to the Three Gorges Dam. The driver spoke no English, his foot was made of lead, and he chain-smoked one cigarette after another, pausing only to find his lighter to start the next one. It was a five-hour rocket ride in a vehicle that was held together with coat hangers and duct tape, propelled by a loud engine whining in overdrive, screaming for a break. But something else made this trip most memorable.

The driver produced a large shopping bag filled with green, blotchy-brown fruits. I didn’t know what they were, but we were encouraged to dig in, as eating unknown, unwashed and unfamiliar fruits might distract us from the imminent perils of a rural China hell ride.

The fruit were sweet, about the size of a small plum, but with the texture of an apple. They were amazingly tasty, immediately addictive, and I soon found myself eating one after another like popcorn. A Chinese colleague told me that they were jujubes (Ziziphus jujuba; sometimes called Chinese dates), a popular snack fruit in China, prized across Asia into the Mediterranean region. While new to me, the jujube is well known to over a billion people and is one of the oldest cultivated tree species in the world.

Upon returning home, a brief web search revealed that the jujube has minor cultivation in the United States, with few efforts dedicated to its genetic improvement. There are two principle species, the Chinese jujube (Z. jujuba Mill.) and the Indian jujube (Z. jujuba Lam.). The former can be invasive, while the latter can be cold sensitive, so most commercial trees typically are composed of the Chinese version grafted to the Indian rootstock, or less invasive Chinese varieties. Over 800 varieties have been created, mostly in China, where breeding for disease resistance is a priority.

The tree was introduced to the United States in 1837 and found a home in U.S. Department of Agriculture stations in the Southwest and Southeast. Some varieties were developed in Chico, California, with modern-day domestic breeding continuing in New Mexico.

STANDS UP TO STRESS

One of jujube’s most important horticultural traits is its profound resistance to environmental stress, particularly drought. Trees may be productive with as little as 200 millimeters of rain per year. Jujube thrives in mountainous and arid regions of China. In fact, the tree can withstand severe drought and was one of two tree species to survive the extreme drought event in China’s Shaanxi Province in 1919. Jujube has a remarkable stress tolerance in general, as established seedlings grow normally in salinated soil.

The mechanisms of its almost cactus-like drought tolerance have been well studied. The mature tap root reaches deep to about 13 meters. Several groups have examined drought stress on established trees. Even when water was withheld, the trees remained productive and vigorous, primarily by limiting leaf conductance, a measure of the water loss through leaf stomata.

The problem is that when the stomatal leaf pores are closed there is limited gas exchange needed for photosynthesis. Jujubes solve this problem by adjusting the osmotic relations with the plant, driving water into the leaves. This means that the jujube is not just fighting loss, it is increasing water uptake and partitioning by using a variety of separate mechanisms. Trees also repartition carbohydrates and ultimately will drop leaves to protect the plant under the most severe water deficits.

OTHER USES AND PLANT POTENTIAL

The jujube tree has additional value. The leaves may be used for cattle feed, the wood is hard and of excellent quality, and various tree parts have important roles in traditional Chinese medicine.

The genome of the jujube was completed in 2016, revealing a complete parts list for this unusual tree. Genes associated with sugar production were identified and apparently were a basis for domestication and selection of all modern cultivated varieties. This resource will be critical in speeding breeding efforts that emphasize stress tolerance.

As desertification invades marginal crop-growing areas and water becomes scarcer, the development of drought-tolerant alternatives will be extremely important. Genetic improvement of jujube may bring an outstanding alternative crop for the Southeast. Breeding for this region should become a priority, as the fruit are plentiful and likely could find a place in local and, eventually, national markets. Most importantly, Ziziphus species may bring a reliable and predictable tree that thrives when the environment is unreliable and unpredictable.

Kevin Folta is a horticultural sciences professor at the University of Florida in Gainesville.