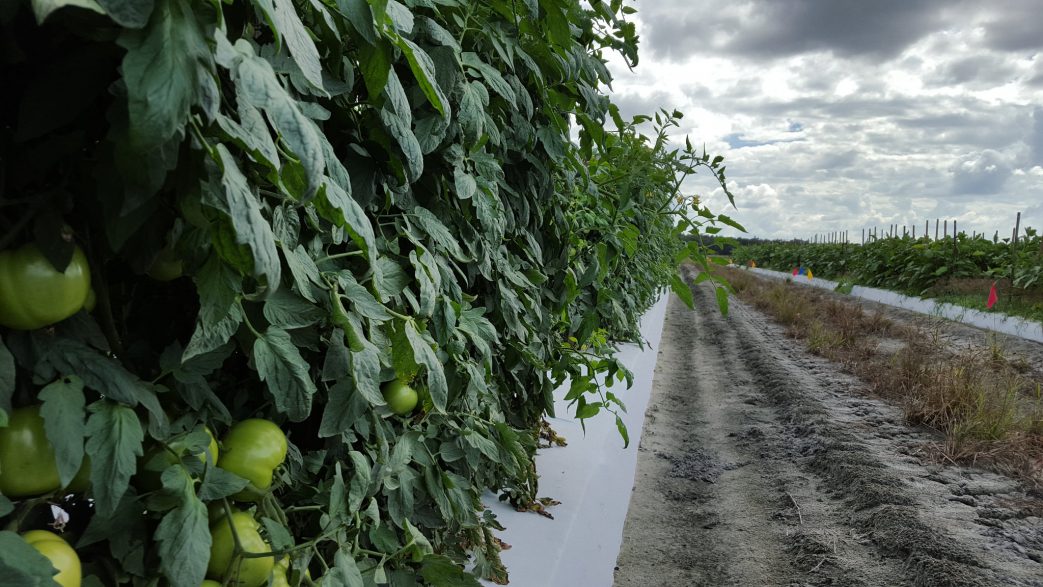 Purple nutsedge can be a tough nut to crack for many tomato growers. Nathan Boyd, weed scientist at the University of Florida’s Gulf Coast Research and Education Center (GCREC), recently completed herbicide trials examining whether pre-emergent or post-emergent herbicides work better in controlling purple nutsedge in tomatoes. The trials took place at the GCREC in Wimauma.

Purple nutsedge can be detrimental to tomato crops and difficult to control. The nutsedge can puncture through the plastic and cause serious problems for the crop. Nutsedge can compete with tomatoes for natural resources. Furthermore, once the nutsedge punctures the plastic, it can be difficult to remove that plastic, causing increased labor costs for growers. Nutsedge can also spread rapidly, making it even harder to manage. “Using only fumigation doesn’t always cut it,” Boyd explained.

On the first plot, Boyd used Spartan, a pre-emergent herbicide, at 6 ounces per acre. He noticed that although the nutsedge thinned, it was not suppressed. There were still quite a few nutsedge that pierced the plastic.

The fourth plot featured another combination, but with a different pre-emergent herbicide: Dual Magnum applied at 21.28 ounces per acre, which was combined with Sandea at 1 ounce per acre. This combination provided excellent control, showing very little nutsedge across the whole plot.