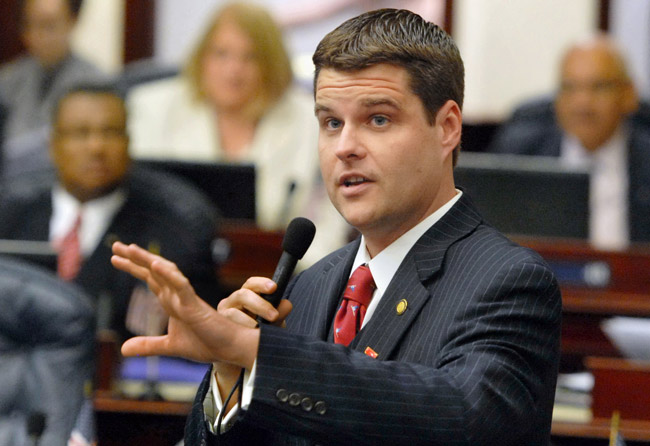 Florida Congressman Matt Gaetz filed a bill on February 3 proposing to abolish the U.S. Environmental Protection Agency (EPA). Since 1970, the EPA has worked at the federal government level to ensure that human health and the environment are protected. However, Congressman Gaetz believes this protection can better be served by the state and by private citizens.

Gaetz served in the Florida Legislature for six years, where, he says, he saw the failures of the EPA firsthand. He witnessed the EPA make environmental projects more costly and more troublesome than necessary. “The lack of planning and predictability within the federal government has called into question their ability to execute on important environmental restoration projects,” the congressman said.

Gaetz recognizes that the EPA may have been necessary when it was created 47 years ago under the Nixon administration. States did not have the adequate technology, knowledge or experience to recognize their environmental assets and to know the correct procedures to protect and manage those assets. However, that was 47 years ago. Gaetz believes states are better equipped in 2017 to handle these assets and understand the correct protection procedures.

The congressman hails from Florida where, he believes, the state is more than prepared to handle its own environmental assets. In a state that is plentiful in environmental assets with regions such as the Everglades and Lake Okeechobee, eliminating heavy reliance on the federal government could be in the state’s best interest.

Gaetz cautions against the notion that the dissolution of the EPA will repeal all environmental laws; it will not. Laws such as the Endangered Species Act will still be in place. The only thing that will change is the enforcement practices of these laws.

Gaetz believes that abolishing the EPA will help the United States better protect the environment from a state level. “Sometimes you’ve got to pull the weed up from the roots and start over,” he said.

Listen to the full audio: