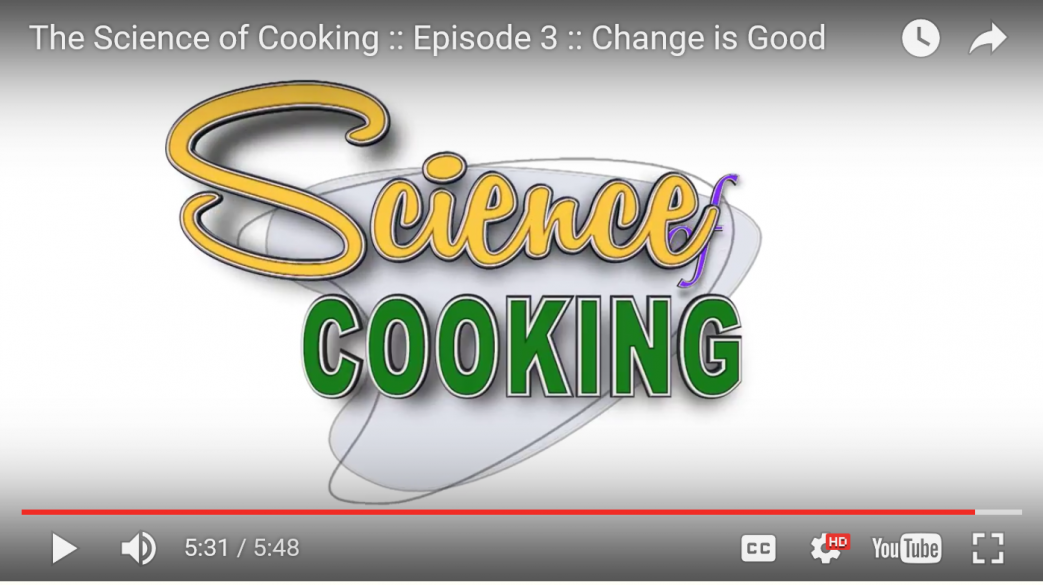 TALLAHASSEE, Fla. — Florida Commissioner of Agriculture Adam H. Putnam last week launched an educational video series titled “The Science of Cooking” to engage fifth- to eighth-grade students in the science in daily activities, such as cooking. The six videos, which can be viewed here, shift back and forth between a chef cooking a kid-friendly recipe that features Florida-grown products and a chemist who describes the science behind cooking. The science involves basic chemistry concepts that align with the Florida State Standards.

“Just about every activity we do can be broken down into some type of scientific equation, and cooking is no different,” said Commissioner of Agriculture Adam H. Putnam. “These videos are a fun way to learn about the science of cooking.”

The six segments can be viewed below:

Concepts covered in “The Science of Cooking” series include differentiating between physical and chemical changes, elements, compounds and mixtures, states of matter, and forms of energy. As a bonus, students will learn to cook a healthy and nutritious recipe.

The short videos can be incorporated into lesson plans and can be augmented by a follow-up activity. Students could create a brochure, video segment, skit, or newspaper article outlining what they learned from the video.