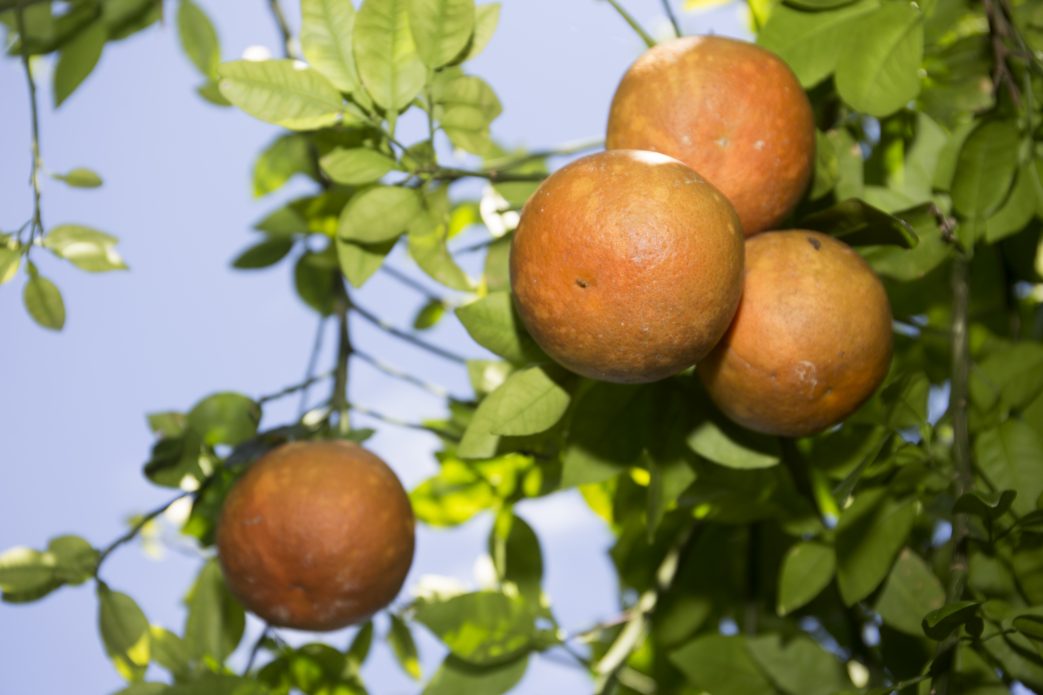 APOPKA, Fla. — Florida citrus producers need all the help they can get in combating the citrus greening disease. What about a tool that could aid trees already suffering from the disease?

University of Florida Institute of Food and Agricultural Sciences may have a new in the citrus toolbox. Researchers found that injecting a benign Xylella fastidiosa EB92-1 bacteria biocontrol into infected citrus trees over a six-year period reduced the incidence of trees with severe HLB symptoms.

The potential is providing growers with a way to keep trees alive longer even when infected with the greening bacterium.

Donald Hopkins, an emeritus professor of plant pathology at the UF/IFAS Mid-Florida Research and Education Center, conducted three research trials in central and eastern Florida with commercial groves of Valencia orange and Rios grapefruit trees at various stages of maturity. All tested positive for citrus greening disease at the beginning of the trial but had varying ranges of symptoms from asymptomatic, mild to severe. Trees in the trials included young 2-year-old and mature (greater than 20-year-old) trees.

“Using EB92-1 provided a level of control of HLB in two mature citrus tree trials and in a trial initiated in young 2-year-old trees,” said Hopkins. “This biocontrol strain has the potential to prevent or delay severe symptoms of HLB and prevent the loss of production both in mature and young citrus trees.”

This research was published online in April in Plant Disease, the journal of the American Phytopathological Society (APS) and will soon be in the print version. The project was partially funded by the United States Department of Agriculture HLB Multi-Agency Coordination (MAC) group and UF/IFAS. This treatment is patented and licensed to an external company but is not currently available to growers. The trials continue in central and eastern Florida.