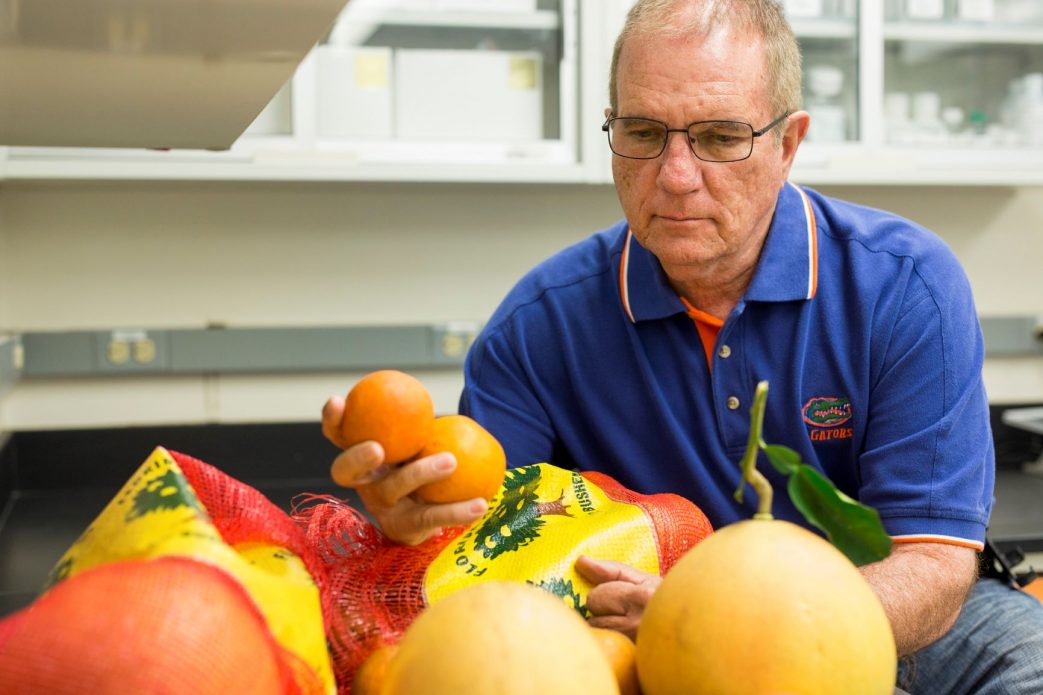 It may not be the news Florida citrus growers want to hear but it’s the reality of citrus greening. It is likely to be several years before a remedy is found and put in place to combat this destructive disease.

“We learn a lot more every day that goes by. There are labs all around the world looking at different kinds of solutions for citrus greening,” Gmitter said. “Very recently there’s been talk about a peptide that’s produced by a kind of citrus called Microcitrus that seems to be able to kill the bacteria. It’s being tested right now and if it turns out to be reality, we may have a solution within the next two years.”

He warns, though, that researchers have worked with peptides over the last 15 years. Some that looked good in the beginning eventually failed. Gmitter doesn’t know if that will be the case with this latest potential solution, however.

According to the UF/IFAS, citrus greening, or Huanglongbing (HLB) is a disease affecting citrus production throughout the world. The Asian citrus psyllid, which is found throughout Florida, transmits the bacterium Candidatus Liberibacter asiaticus. It causes HLB.

Gene editing could also lead to a remedy.

“It’s very likely that we’re going to find a gene editing solution within the next two to three years. That sounds like a long time. But citrus trees are difficult to work with. It’s a long process,” Gmitter said. “The bottlenecks are, once we find something and we test it in the lab and we test it in the greenhouse, again we have to go to the field and do some long-term field testing to confirm that it’s going to be durable; to confirm that we haven’t created any other changes in the performance of the plant that might be deleterious.

“Assuming all of that goes as quickly as possible, we then need to look at ramping up the supply of plant material because we’re not collecting citrus seeds and planting them in the field and seeing a tree six weeks later like we would with a vegetable crop.”

Between finding a solution in the lab, testing in groves, producing it in nurseries and getting the finished product to producers, a remedy for producers won’t be coming anytime soon.

“Citrus trees unlike watermelon and pepper are in the ground for decades and not for a couple of weeks. We really need something that’s robust and long term,” Gmitter said. “This is a long, long haul for us in the world of citrus.”