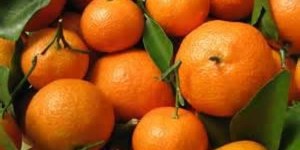 A farmer in north Florida is excited about the potential of citrus in the South Georgia-North Florida region.

Kim Jones, who owns a citrus packing facility in Monticello, Florida and is part-owner of a similar facility that will soon open in Tifton, Georgia, believes citrus will be the alternative crop producers are looking for to stabilize their farming operations.

“Right now, the row crops are in terrible situation, (with) prices of course. Citrus has been on the radar for several years. We’ve had several friends doing it for several years in the panhandle,” said Jones, who also produces 30 acres of citrus. “We studied their program pretty close and sort of followed suit. It looks good. It’s definitely not a cure-all, but it’s definitely an opportunity for us to make additional money for our farms.”

According to Danielle Sprague, University of Florida/Institute of Food and Agricultural Sciences (IFAS) FAS Extension agent in Jefferson County, Florida, there is approximately 1,000 citrus acres across north Florida. There is also an estimated 1,000 acres in South Georgia, though that number is expected to double by the end of 2020.

While production has skyrocketed recently, there is a concern of how all of the fruit will be sold once it’s ready to be harvested. Savelle estimates by the end of 2023, there will be 50 million pounds of citrus coming out of Georgia. Jones, who is one of eight part-owners of the Tifton facility, believes the packing houses will be key in getting fruit sent out to consumers.

“The key is marketing. Our facility, we’ve been fortunate enough to have a lot go into schools out of Monticello. We’ve just this past year developed a retail business through Genuine Georgia out of Fort Valley (Georgia), and they’re helping us get into the retail side; mostly with small packages, two and three-pound packages of satsumas. That will be expanded greatly this year,” Jones said.

He added that the facility in Monticello is designed to try to pull the fruit from North Florida and extreme South Georgia areas and can accommodate a couple million pounds of production in a year. The Tifton facility will be much bigger and can handle a million pounds per day of certain citrus. Jones estimates Tifton will open this upcoming season with an open house later this summer.

“It started out with a small, small farmer with a few acres; here, I’ve got five acres I’m not utilizing, what can I do? Look at blueberries, look at blackberries, look at other produce, and all of a sudden it’s zeroed in on the citrus,” Jones said. “Now we’re seeing large-acreage farmers take corners of a pivot or a field here that’s isolated from their normal row cropping operation…acreage numbers are increasing quickly.”