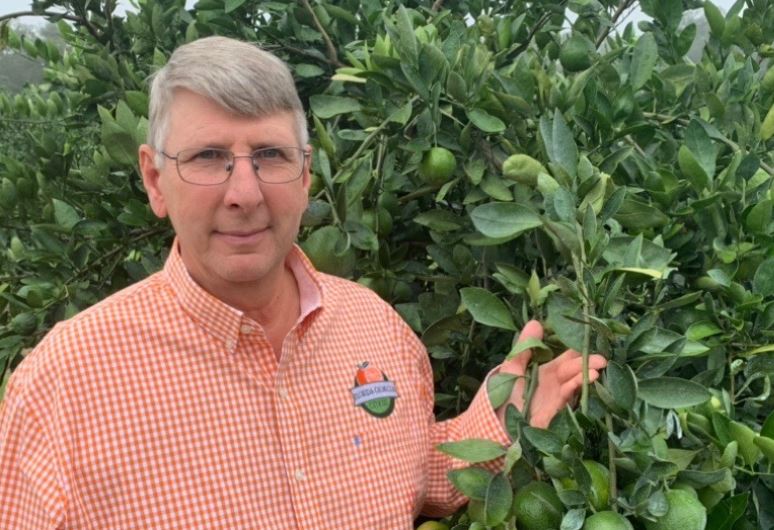 The sweltering heat being felt across the Southeast has done little to dampen the optimism shared by one citrus grower who believes this year’s crop is “very promising.”

Kim Jones, who owns a citrus packing facility in Monticello, Florida, and is part-owner of a similar facility in Tifton, Georgia, discusses the state of this year’s crop in North Florida and South Georgia.

“Everything looks real good right now. We’re coming on with some good fruit. We’ve got a lot of clay sprayed on them trying to keep the sunburn off,” Jones said. “We’re still fighting leafminers hard and heavy, which is a constant battle. Other than that, it’s been pretty nice.”

Harvest season is still four months away. Unfortunately, a lot can transpire over the course of those months, specifically tropical weather. But the region’s citrus producers should be in line for a bumper crop, barring storms with high winds.

“We’ve been mighty blessed. Overall, I don’t think (the dry weather) has hurt us that bad because everybody’s got irrigation. We had to irrigate a lot, so the cost has skyrocketed,” Jones said. “It looks like a pretty good crop to me across a lot more than my grove. It’s what other growers are telling me, and I’m seeing the same thing when I visit them.

“It’s very promising. We’re a long way from picking … but it looks mighty promising; it really does.”

Jones’ optimism stems from the growth of the groves. He says area groves are maturing, and this is the first year some are making a crop.

“One year of age makes a lot of difference up to a certain point, up to about year eight or nine,” Jones said. “It just keeps growing and growing. When it gets to eight or nine, it starts leveling off, and you should have a full crop every year, other than alternate bearing which you could have, especially with satsumas.”