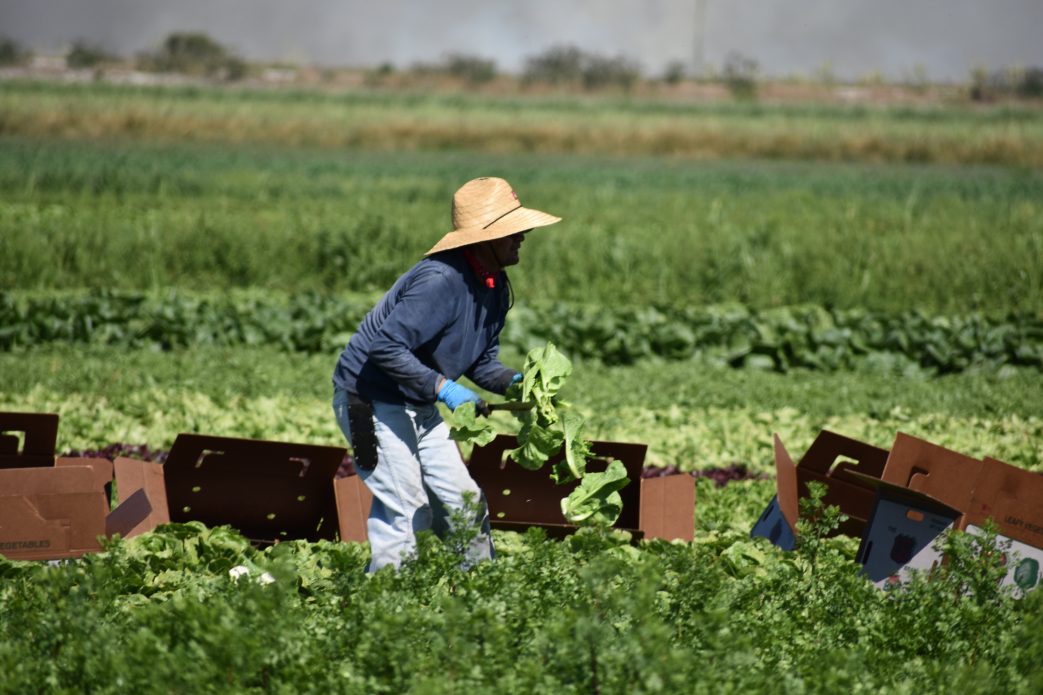 A farmworker cuts romaine for harvest.

The United States continues to have challenges related to establishing a secure, legal agricultural workforce. Many growers and industry groups are calling for significant change to current immigration policies and ag worker programs.

For Chalmers Carr, owner of Titan Farms in Ridge Springs, South Carolina, the H-2A program has been fairly helpful to his operation. “After being in the H-2A program for 20 years now, one of the biggest benefits is we get repeat workers every year,” said Carr. “We know that we have a secure and legal labor force.”

Shortages of agricultural labor are being reported in many different parts of the country. But for Carr, the use of the H-2A program has helped in addressing the insecurity of the labor pool. “Having a legal labor force that comes back year in and year out is very beneficial to us. It’s helped us grow our farm,” he said.

However, there are also some challenges with the H-2A program related to the wage requirements and schedule limitations. Year-round employers in industries such as dairy and mushrooms are prevented from using H-2A workers. Carr noted that the Adverse Effect Wage Rate is especially problematic for employers looking for legal, cost-effective labor. “Participants in the program are being penalized for using legal labor with an artificially high wage rate,” he said.

A possible solution to the current issues related to immigrant labor is the Agricultural Guestworker Act, known as the AG Act, which would replace the current H-2A guestworker program with an H-2C program to be administered by the U.S. Department of Agriculture. Carr noted that there are some stark contrasts between the two programs, with the H-2C program addressing several concerns related to wages and schedules.

Getting the AG Act passed and put into effect is going to require some compromise from both the House and Senate. While there are varying opinions on how effective the act would be in establishing a legal agricultural workforce, Carr noted that something must to done about the issue. “If we don’t create a program that allows for a future flow of workers to come in, then it’s going to be very troublesome for this industry to survive, and I’m concerned that our food production will continue to move offshore. So, we’ve got to make sure that we have access to legal labor moving forward,” he concluded.

Brian German is a Mulitmedia Journalist for AgNet West.