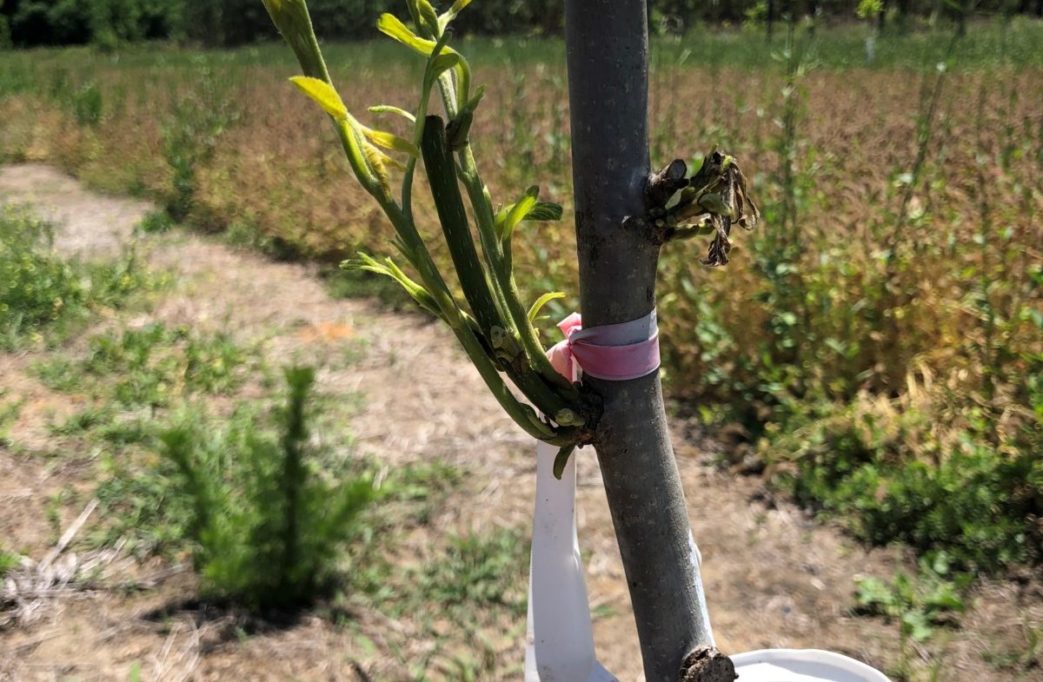 Pecan producers with young or newly planted trees may be experiencing budmoth damage where insecticide applications were not made at budbreak.

Andrew Sawyer, University of Georgia (UGA) Extension area pecan agent in the Southeast district, confirmed the impact budmoths are having on his research trees in the UGA Pecan Extension blog.

“The trees with good leaf growth were sprayed with a budmoth product at budbreak, and the other trees were not. The trees without good leaf growth were sprayed a month after budbreak. This is the importance of spray timing for pecan budmoth,” Sawyer wrote in the blog. “Trees with heavy pressure from budmoth appear to not budbreak or have died. In this situation, a knockdown insecticide – to kill the active caterpillars – should be sprayed followed by a residual application.”

Adult budmoths start laying eggs in the spring. The eggs hatch in about a week, and the young larvae begin feeding on the leaves. Once they get into the shoot, an insecticide will not reach them, especially if it is a terminal shoot.

“For budmoth, if you do it right, you spray about one, two or three different products at budbreak before the eggs are even laid. Then as the caterpillar feeds, they die. You never see the damage. If you’re a pecan grower now and you see this, the worms are active,” Sawyer said. “Many of the products like Minecto Pro or Intrepid 2F or Dimilin, they don’t kill the active worms. If they’ve got trees that look like mine right now, they’ve got to spray what’s called a knock-down.”

Lorsban can be used as a knock-down product. It was recently banned by the Environmental Protection Agency but only on edible crops. There are no pecans on young trees.

Producers should also be aware of major suckering of these first- and second-year trees. This was obvious once the tree guards were removed. The suckers are growing due to the stress from budmoth damage on exposed leaves. These suckers need to be removed when trees are sprayed so its energy can be put back into the top leaf.